Dota Underlords, the Dota 2 chess board game has decided to launch a Prototype Battle Pass named Proto Pass. This Battle Pass will be available to all the Beta Testers for free. As any other Battle Passes in other video games in property of Valve, there will be challenges which completion will lead to rewards.

Alongside the new Proto Pass, the game has also improved a lot of core elements, including some heroes and alliances. This update will probably serve as a template to future official Battle Passes. This is also a first timer, we rarely see a video game releases a Battle Pass scheme to test its integrity.

To see all of the changes of this update in details, check the section below:

The Proto Battle Pass is now available and ready for testing. All current and future beta testers get access to this pass for free.

Dota Underlords has become a favorite among the fans. It packs a huge set of fun and excitement among friends, and as such, everyone would love to see Underlords growing. From streamers to ordinary gamers, no one has had anything against Valve’s newest addition to their game library, Dota Underlords.

Hello, fellow readers! If you want to get in touch with us and participate in our discussion boards, make sure you visit our Forums. We are more than sure you will find something useful there! The forum is new, so be among the first ones to say Hello!If you are a video game developer and you have a submission to make, you can mail us at team@futuregamereleases.com
Tags
Dota Underlords Valve 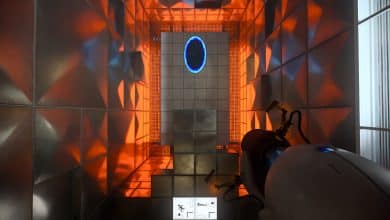 Portal with RTX is coming out on December 8th

The International 7: First Day Recap, Lots of Surprises and Action