BlizzCon 2019 is just on our doorstep. The most significant ceremony hosted by Blizzard, which usually holds a lot of surprises, may finally put an end to last year’s backlash. Therefore, it wouldn’t be vital to miss the opening ceremony, where tons of new features and a couple of new games are usually heard of. This year, fans favorite is Overwatch 2 and potentially the upcoming Diablo 4, for which many people believe they’re close to a manufacturing phase.

BlizzCon 2019 starts this Friday, November 1st at 11 AM PT / 2 PM ET, with a ceremony opened to all of the fans. Those wanting to get access to all of the voids and keep it for breakthrough purposes could also delve into buying the BlizzCon Virtual Ticket, which costs $49.99.

To watch the opening ceremony live, do not forget to join Blizzard’s official Twitch channel, or watch it here, just below this sentence.

As we have said before, many surprises are expected to arrive. A lot of knowledge supposed to be shared with a lot of fans of Blizzard and their games. Titles we’re looking forward to seeing are Overwatch 2 and Diablo 4 or Diablo: Immortal, but, there are going to be more details on titles such as the retail World of Warcraft, and more.

The competitive scene on some of the titles like Overwatch, Starcraft, and more are already viable for the players, and distinctively from the last year, they will be free to watch for everyone, even for those without a BlizzCon Virtual Ticket. 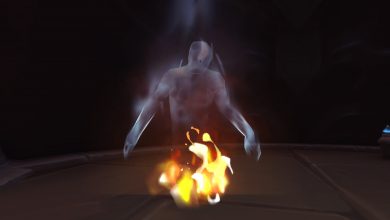