Infinity Ward has been looking into a different approach and potential opportunity to host live events, spicing up the entertainment and attracting more players to their Battle Royale installment, Warzone. A couple of IW representatives have already expressed their feeling regarding live events. Since then, it’s grown as a belief that the game would take turns in the future. Well, not only Fortnite may be a part of this, as Infinity Ward’s Warzone is definitely onto something.

A couple of days ago, the closed bunkers turned to be a part of the game, as players have found out they’re accessible by using a keycard. Once that happened, a thorough exploration of those bunkers has been performed. Many aberrations have been found, including a nuclear warhead, which may or may not be a part of a future live event.

Shortly after the bunkers became accessible to players, a teaser that inflicts a potential live event arrived at handheld devices. A notification pushed to players on iOS and Android (confirmed by MP1ST), endangers the future of Verdansk: 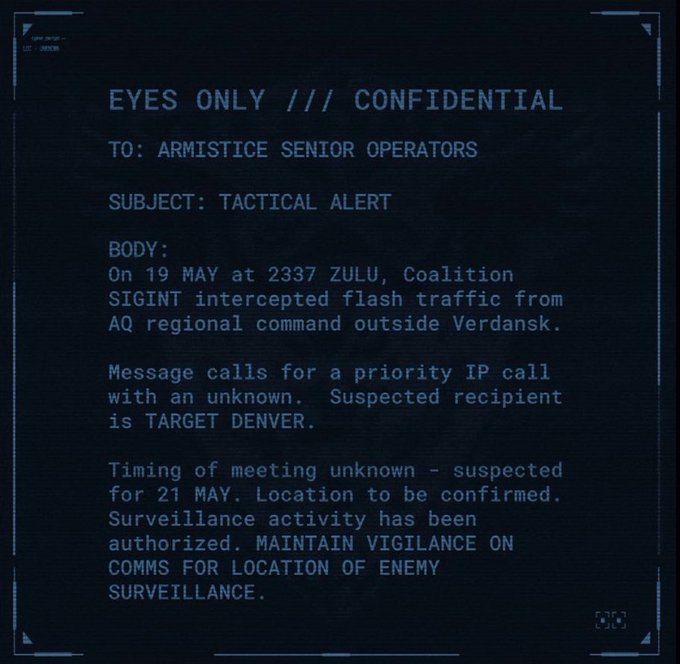 A confirmation that May 21, today, is prominent to a weird Warzone encounter.

For what we know is that the devs want to elevate the Warzone narrative, as they have stated previously:

We’ve talked a lot in the past about whether games like Fortnite have a narrative. I would say yes, absolutely. I’d say Warzone does as well. But for me, it’s in a genre and a tone that I greatly prefer.

By wanting to get closer to what Fortnite does, the only comparable value here is Live events. Nothing else would make sense since we’re talking about entirely different Battle Royales.

It’s only a matter of time to see if this is going to bring live events to the future of Warzone, and we’re just a couple of hours away from it.

Hello, fellow readers! If you want to get in touch with us and participate in our discussion boards, make sure you visit our Forums. We are more than sure you will find something useful there! The forum is new, so be among the first ones to say Hello!
Tags
Call Of Duty: Warzone Infinity Ward