Haven – a romantic space adventure has been announced by The Game Bakers and will launch on Xbox Series X Day 1. With this next-gen console, the game will be available for nearly all platforms, including Xbox One, PC (Steam, …), Nintendo Switch, PS4, PS5, and Windows Store (in Game Pass).

Kay and Yu have escaped into an unknown, forgotten planet, which is very foreign to them, play the two lovers and help guide them in this new world. This does include surviving together, camping, restoring the planet, gliding over the plains, and fighting if needed. But the essential part of this adventure is to stay together.

The key features in the game are the following.

Fight with the two characters in real-time and use tactical sense and timing.
Play two characters at the same time, to explore, fight, or in the dialogues!
Glide over the grass, gather flow and clean the rust as you explore the fragmented planet.
A romantic space adventure, the saga of two lovers trying to stay together against all the odds.
Play a couple, follow an intimate relationship treated with maturity and humor.
Immediate to play, accessible, a pause in a busy day.
A second player can join in or drop out anytime in co-op to share the adventure.
Check out the gameplay reveal trailer below! 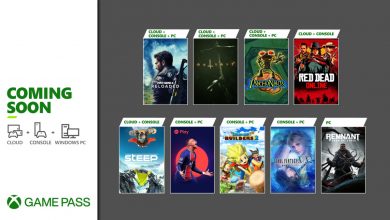