According to the SuperData report that was done in August, the revenue of the digital games went up to $10.8 billion, around 16% more than last year.

The earnings that came from digital consoles are up to 88% compared to August 2019. Revenues from PC and mobile also went into a plus, 15% for the former and 3% for the latter.

In the first eight months of 2020, digital games have earned around $82.8 billion, which indicates that this is 13% more than the same month from last year. As coronavirus came knocking on our doors, gaming revenue has been growing and growing. As evidence for this is the Pokemon GO game. It had broken its all-time earning record since the world went into a lockdown mode. 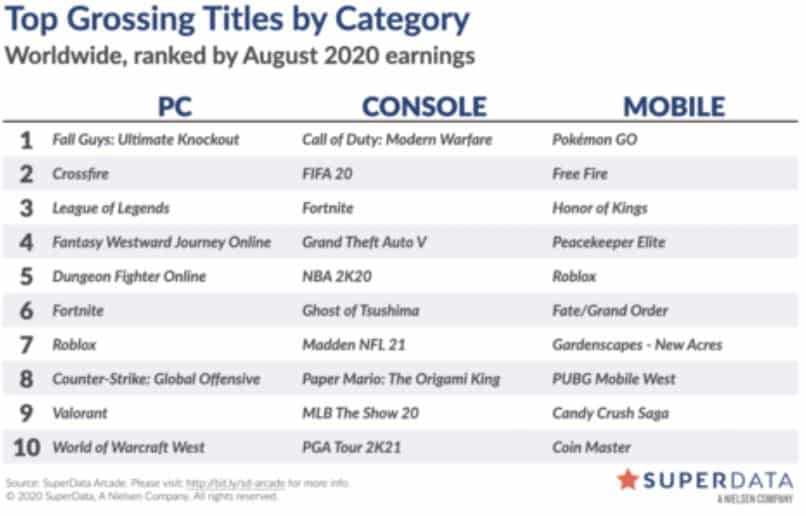 The game had 25% more than its previous revenue during its first months in 2016. The key to this is probably their limited-time events and releases. Since the very beginning of the game in 2016, it is safe to say that this summer was the best one for the app.

Hello, fellow readers! If you want to get in touch with us and participate in our discussion boards, make sure you visit our Forums. We are more than sure you will find something useful there, as most of the news are coming in there first. The forum is new, so be among the first ones to say Hello!
Tags
call of duty modern warfare Fall Guys pokemon go SuperData