Epic Games is continuing to build what is supposed to be the biggest and longest boss fight in Fortnite’s history, as data miners already started sharing spoilers. The upcoming Galactus event in Fortnite x Marvels’ history is starting to shape. Galactus is developing to be a Marvel alike movie set in the Fortnite universe.

Currently, Galactus, the event boss, call it however you like, is far in the distance. His rise continues as residents become concerned about its presence, while heroes around the planet gather for its anticipation. Ready and armed to the teeth, players might experience the most surprising boss fight in Fortnite’s history. We had one before, yes, but the player interaction was not necessary at all.

From a story that started happening within Fortnite, this will be the first non-marketing deal between Marvel and Epic Games. There wasn’t a single reason for Epic Games to build a mixture of Marvel x Fortnite storyline and the most important flavor is that Marvel didn’t come out with any movie to endure such promotion as in past Fortnite seasons.

Every occurrence on the Fortnite island is created spontaneously, unearthing big surprises and organizing a big chunk of entertaining content for its players. Praising Epic Games is just as far as we could go so far, and we’re more than excited to see what exactly will happen in the next couple of days until the event goes live. That will be in 5 days from now, just as our Battle Pass HQ claims: 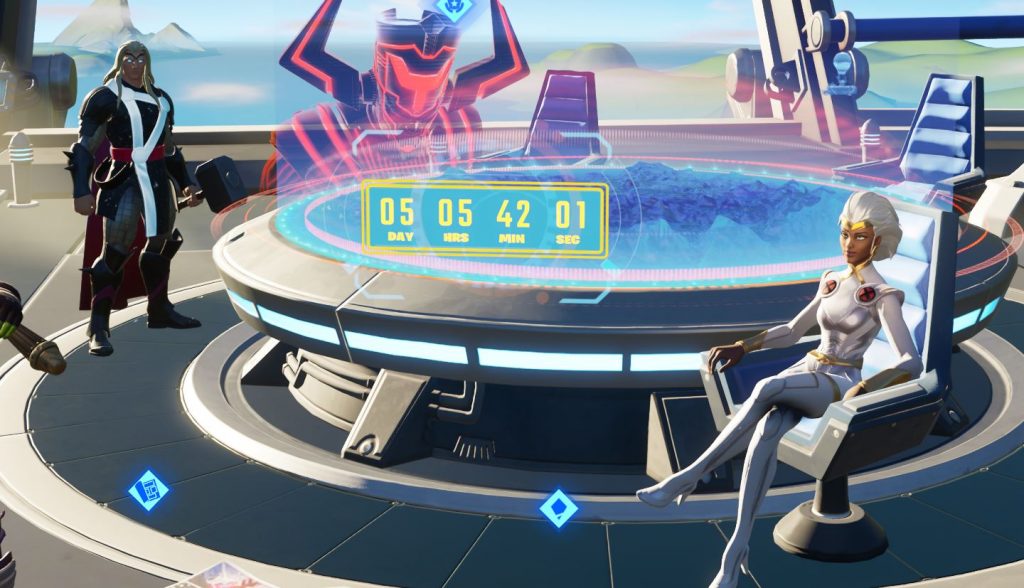 The exact start times for the Galactus event are as follows:

Are you ready to anticipate Galactus and put a stop to the Nexus War?

Hello, fellow readers! If you want to get in touch with us and participate in our discussion boards, make sure you visit our Forums. We are more than sure you will find something useful there! The forum is new, so be among the first ones to say Hello!
Tags
Epic Games Fortnite Galactus