World of Warcraft Shadowlands has had a super launch, with a solid course that was very surprising to everyone. Nevertheless, a couple of server issues may exceed the expectation and deny a huge number of players to log in and play their favorite MMORPG. A similar issue has surfaced just now, and EU players got suddenly disconnected from the game and cannot log in.

The login queue transfers the players to a completely different server, known as the championships or MDI server. Two realms are popping up: the ARENA and Mythic Dungeon Realms, allowing those players who can compete at such tournaments to practice ahead of the major events. The following server window appears – If you have any friends that are currently logged in, tell them not to logout, because those who restart the client face the same issue. 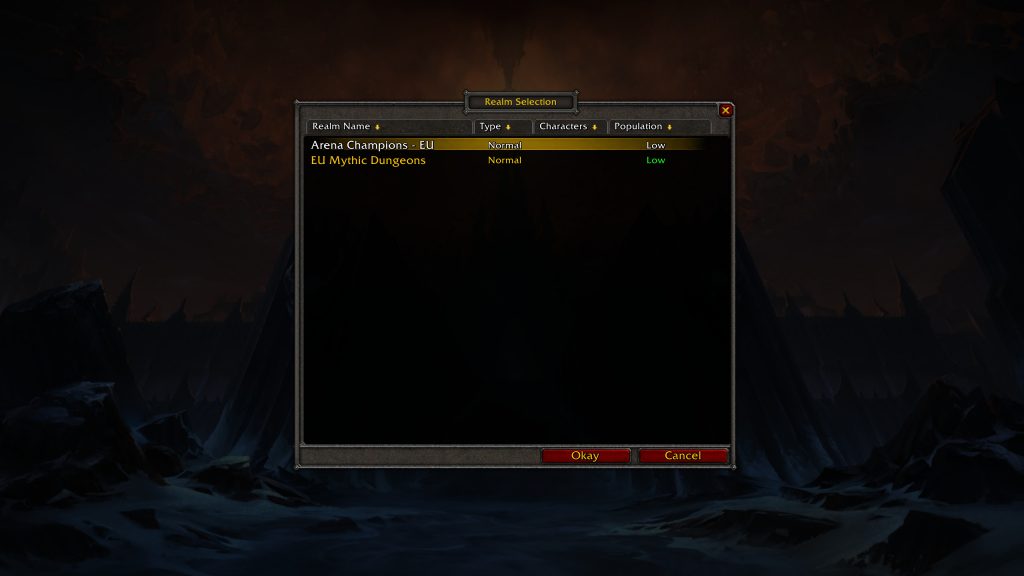 Currently, Blizzard is still silent regarding the issue and hasn’t posted a single update on their official EU customer support Twitter Profile. For more details, we’ll have to wait further.