THQ Nordic’s Biomutant has finally received a release date. This was announced today via a tweet on Biomutant’s official Twitter Profile. The game was first announced in 2017 when THQ Nordic planned a release for 2018. Sadly, the urge for further polishing has denied the developers to meet the designated release date.

Biomutant is coming to PC, PlayStation 4, and Xbox One on May 25th, 2021. pic.twitter.com/qVdTMaxxS5

What exactly is Biomutant?

The game will dive into the RPG mechanics quite heavily and will evaluate a mutation system that will allow players to evolve their character as they progress through.

The game’s preliminary minimum PC requirements have been revealed, which are subject to change in the future. Now that the game has an official release date, THQ Nordic is expected to reveal the recommended PC specs too.

Hello, fellow readers! If you want to get in touch with us and participate in our discussion boards, make sure you visit our Forums. We are more than sure you will find something useful there, as most of the news are coming in there first. The forum is new, so be among the first ones to say Hello!
Tags
Biomutant THQ Nordic 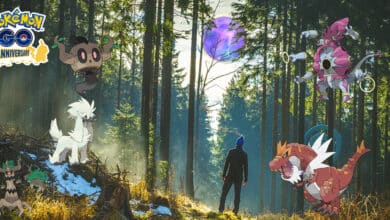 New Locker Codes for NBA 2k17 and How To Track Them