Escape From Tarkov’s Obdolbos, the homemade drug also known as Sanitar’s favorite stimulant, just got a new side effect. A negative effect that will pretty much hesitate if players should use it or not. Apparently, the drug makes you on steroids but also has a 20% chance of killing you upon usage or for the time of its duration.

Previously, the drug was known to grant exceptional benefits to players. The injection had a similar purpose as before, but it wasn’t as overpowered considering the lower number of skill boosts. Now, it bolsters all of the perks by a whopping +51. But care, it might thump the player for -2020 HP, resulting in instant death.

Now, as we stated above, the Cocktail “Obdolbos” has received another characteristic. Health Regeneration Chance 20% / Dur. 900 sec (-2020). 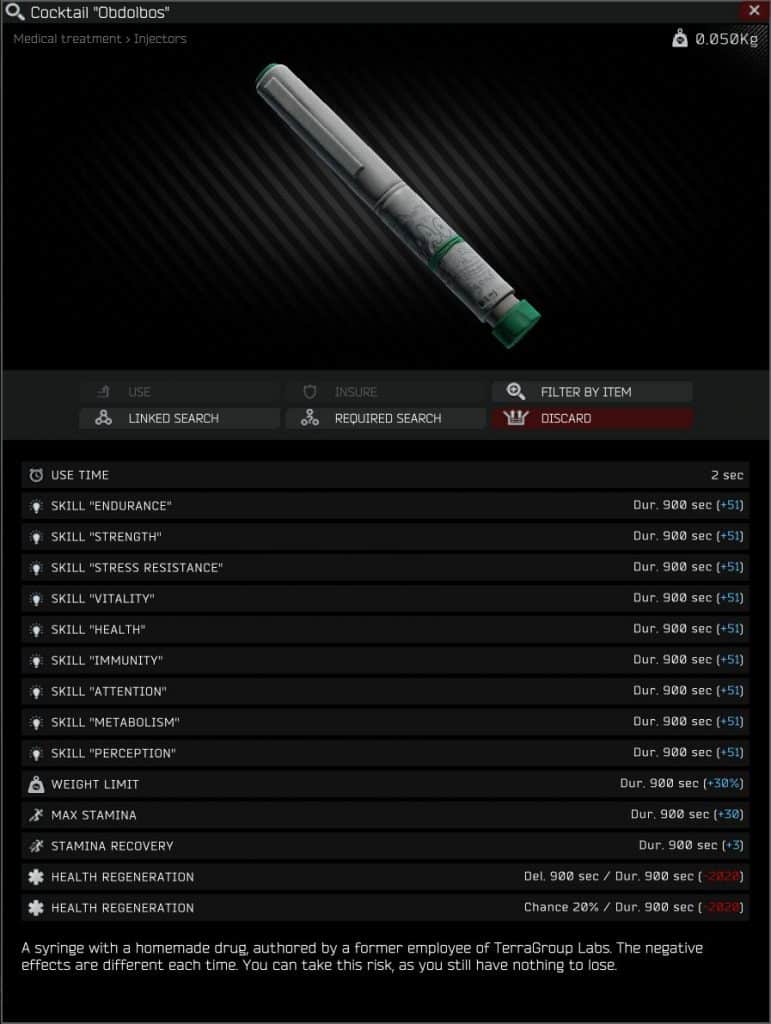 The Obdolbos cocktail is a powerful combat stimulant for those who want to get the job done fast. If you manage to survive, the only way to dodge the side effect is to extract in a time of 900 seconds. Other than that, you’re dead.

This might be a temporary change as a part of a test. Whether is there going to be a wipe or not, we have to wait at least until Thursday. Just a quick note, today’s change of the Obdolbos cocktail is considered a huge buff, despite the 20% chance of death upon usage.