I had to start writing about this because, at this point, I am not confident in New World’s AFK detection algorithm. Auto runners. If the algorithm cannot detect that, what about the ASCII codes being sent by the client’s favorite macro applications? Yeah, it’s good to implement a robust AFK detection, but you have to shuffle the player interactions in it.

Don’t get me wrong, I have nothing against the game, and I love it so much, but I am tired of seeing players taking up server slots. Earlier today, I noticed three players in Windward just chilling. Two of them were hugging the wall, while one was running in a circle. Thirty minutes later, they were still doing the same. After that, I went out in the open world, and I noticed a weird occurrence where a player was going prone, then walking for like 5 meters and going prone again. It turns 180 degrees and keeps on repeating the same pattern.

This cannot be ignored because there may be hundreds of players doing the same on the server. If there are hundreds of them, that would solely reduce the queue times by a lot. It’s not the first nor the last game with AFK detection difficulties. We’ve seen it in plenty of other games. I remember multiple games having the same issue… Valorant, LoL, Dota 2, and many more.

It’s not only the motion that needs to be accounted for or keyboard and mouse input. There are running patterns without straying away, damage infliction, damage reduction, and other sorts of player interactions. They should be taken into consideration as well. Sorry, but I had to write about this and get it out of my system because I am currently thinking of these guys in a queue.

I will be uploading weird player occurrences in the coming period. So if you want to laugh, just revisit this whenever you can.

Autorunner 1: He’s been running in the same spot for more than 30 minutes. I thought auto runners are kicked from the server after 20 minutes. People noticed and started reporting him. 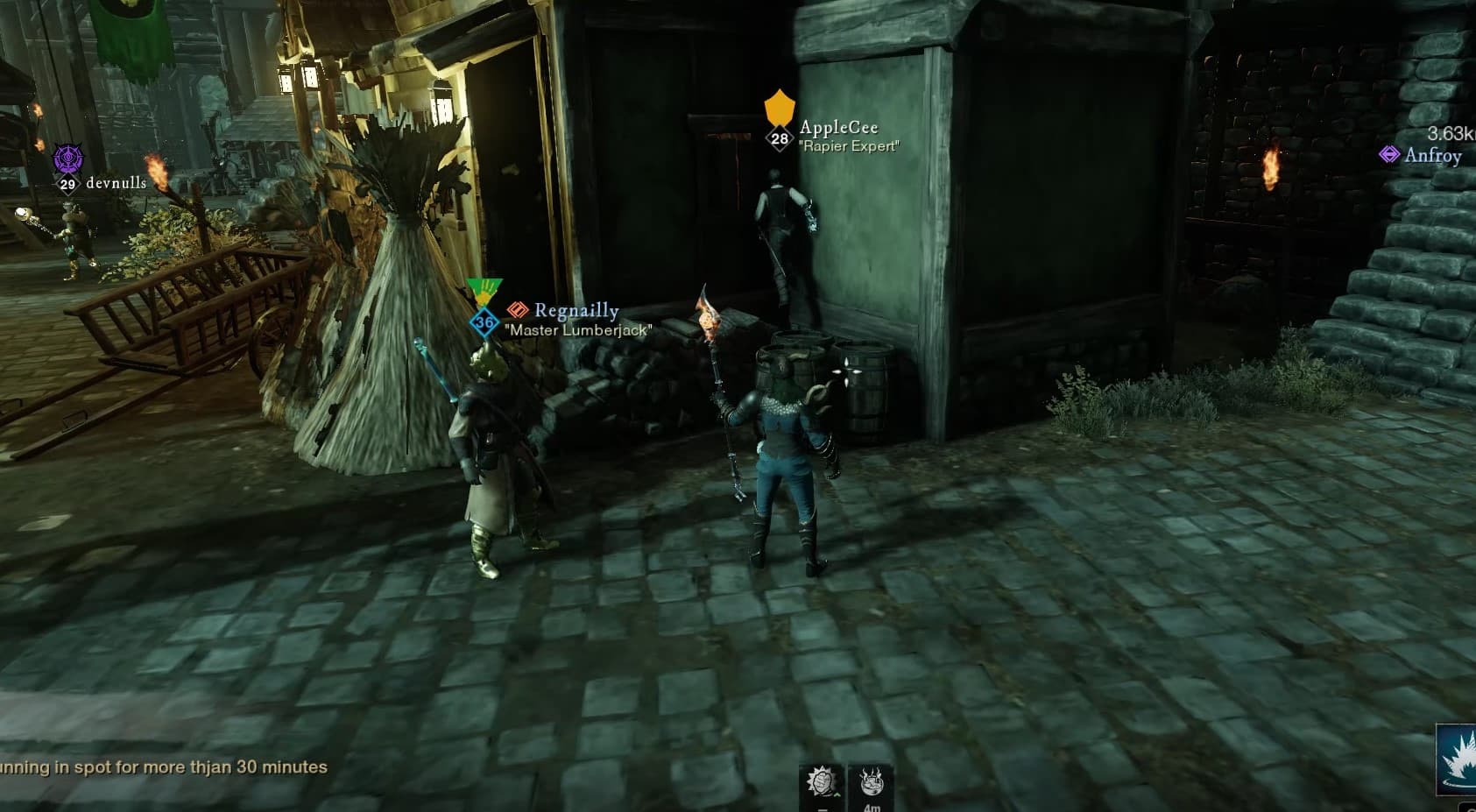 New World Had Over 1 Million Unique Players at Launch