After yesterday’s Lost Ark update, the servers in Central EU have faced instability. For that reason, the developer has decided to push a new hotfix that will be polishing all of the problems caused by yesterday’s update. This update seems solely for the EU region and its deployment will take approximately 2 hours.

Over on Twitter, the developer of Lost Ark announced that after last night’s hotfix, a large influx of server instability issues has appeared in the EU region. They have received a new hotfix that will be deployed shortly.

The server maintenance will start at 9 PM PT / 12 AM ET / 6 AM CET. The server MOTD has already been changed, and EU players have been notified of the server shutdown.

After last night’s hotfix we have seen a large influx of server instability issues on the EU region.

We have received a new hotfix and will be deploying it tonight. This update will be happening today at 9 PM PT [12 AM ET/ 6 AM CET] and will take approximately 2 hours.

Considering the situation, it’s not looking bright for EU at all. Since the game went free-to-play, players have been struggling to assert presence on Lost Ark’s servers, and most of them find themselves lingering in server queues. Hopefully, this would speed up the process and the delivery of the second EU region, which should provide huge relief..

Angel Kicevski Follow on Twitter February 16, 2022Last Updated: February 16, 2022
0 1 minute read
Facebook Twitter LinkedIn Pinterest Reddit Telegram
Facebook Twitter LinkedIn Pinterest Reddit Telegram
Hello, fellow readers! If you want to get in touch with us and participate in our discussion boards, make sure you visit our Forums. We are more than sure you will find something useful there! The forum is new, so be among the first ones to say Hello!
If you are a video game developer and you have a submission to make, you can mail us at team@futuregamereleases.com

How and where to unlock additional Skill Points in Lost Ark? 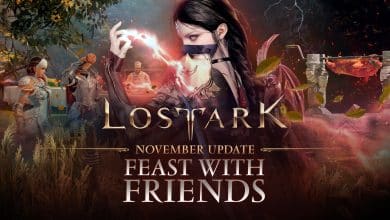