New World, the MMORPG developed by Amazon Games, earlier this week was ready for the deployment of a brand new and huge update titled Heart of Madness. While everyone was hoping to see the expected downtime, Amazon Games faced some issues shifting the release of the update further down the line.

After testing we have decided to hold on releasing the Heart of Madness update until Wednesday morning (3/30). This delay is caused by a bug found late and needs to be fixed before releasing the update.

Thank you for your patience and understanding! https://t.co/A4r1LBl0vP

Only a bit later, on Wednesday, when the update should’ve reached the fans, the developer confirmed another miss. The issue invoked another update delay, which remains unconfirmed for the time being.

Earlier this morning, the team identified an issue that blocked the release of the Heart of Madness update.

We will be providing an update tomorrow morning (PST). Thank you for your patience during this delay.

It feels like the main storyline finale quest is far away from deployment, as it kills the hype for all the players. It remains unknown how long the update will remain.

Angel Kicevski Follow on Twitter March 30, 2022Last Updated: March 30, 2022
0 1 minute read
Facebook Twitter LinkedIn Pinterest Reddit Telegram
Facebook Twitter LinkedIn Pinterest Reddit Telegram
Hello, fellow readers! If you want to get in touch with us and participate in our discussion boards, make sure you visit our Forums. We are more than sure you will find something useful there! The forum is new, so be among the first ones to say Hello!
If you are a video game developer and you have a submission to make, you can mail us at team@futuregamereleases.com 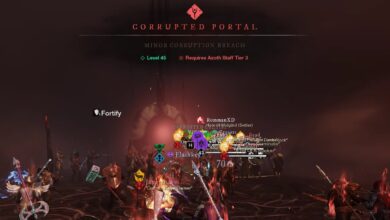 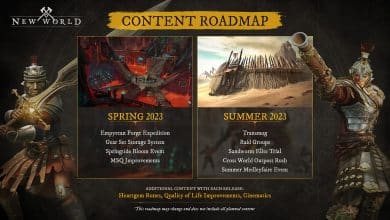 New World developers share a glimpse of what’s coming next