A Bangkok-based developer Secret Character will have a strategy RPG game launching in the early stages of 2023.

Published by Flyhigh Works and invested by ITSARAAMATA, the turn-based strategy RPG game called Banchou Tactics will be available on PC (via Steam) and it will launch in Q1 2023.

Inspired by Japanese Manga, River City Ransom and Final Fantasy Tactics, the game portrays bloody struggles between three high schools in Japan. The main focus of the game is set on Taiga Arashi, and the battles take place in Minato High School.

How do you feel about these types of games? Tell us in the comments below.

Ivana KachurovaMay 23, 2022Last Updated: May 23, 2022
0 Less than a minute
Facebook Twitter LinkedIn Pinterest Reddit Telegram
Facebook Twitter LinkedIn Pinterest Reddit Telegram
Hello, fellow readers! If you want to get in touch with us and participate in our discussion boards, make sure you visit our Forums. We are more than sure you will find something useful there! The forum is new, so be among the first ones to say Hello!
If you are a video game developer and you have a submission to make, you can mail us at team@futuregamereleases.com 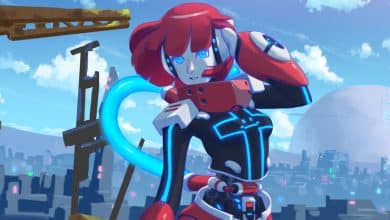