Earlier today, it was announced that Xbox and Discord are joining forces to introduce a new accessibility option on the Xbox consoles. Having a valuable voice chat without the necessity of being in a game has always been requested on both PS and Xbox consoles. After years without a consolation, it seems that Xbox Insiders will get the opportunity to toy with it and realize if Discord Voice Chat does well.

Long story short, this new feature will allow Xbox users to join Discord voice chats from their consoles. Players will finally be able to connect, chat, and play their favorite game simultaneously without any major communication issues. This update will start rolling out to particular Xbox Insiders and will slowly expand in the coming weeks. For now, if you’re eligible to use Discord Voice Chat, check some of the tips below.

Today’s update enables a highly requested feature – Discord Voice on Xbox consoles allows you to talk with your friends and community while you play your favorite games. Planning a few rounds of multiplayer action in Halo Infinite with buddies on both console and PC? Exploring new biomes with your friends in Minecraft? See them already playing a game that supports cross-play? Connect to their voice channel and chat as you all play.

Using Discord Voice Chat on Xbox will require some additional actions to have it enabled:

Hello, fellow readers! If you want to get in touch with us and participate in our discussion boards, make sure you visit our Forums. We are more than sure you will find something useful there! The forum is new, so be among the first ones to say Hello!If you are a video game developer and you have a submission to make, you can mail us at team@futuregamereleases.com
Tags
Discord Voice Chat microsoft xbox 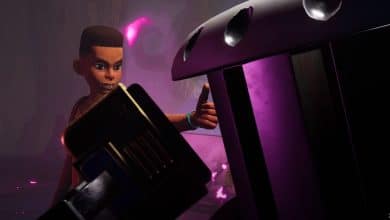