Capcom has finally made it known: the epic adventure game, Monster Hunter Rise, is no longer exclusive to Nintendo Switch! With its arrival on Xbox and PlayStation consoles comes excellent capabilities; players can now experience a new level of 4K graphics running at 60 FPS. Plus, there’s more – an additional graphic option for enhanced visuals adds even more excitement as gamers gear up for this much-anticipated release.

The highly acclaimed Monster Hunter Rise is expanding its horizons! The game will now be available on Xbox and PlayStation consoles with an additional graphics option added for improved visuals. Monster Hunter Rise is set to take gaming next-gen with its 1080p/120 FPS option available on current-generation consoles and even better performance if your display supports it! Xbox Series S players can stay tuned for more news regarding this high-speed action thriller.

On January 20, 2023, players can embark on the next epic Monster Hunter adventure, with Rise launching across PS5, Xbox Series X/S, PS4, and Xbox One. And if that weren’t enough excitement – Game Pass members will be able to join in the hunt at launch! For those who want more of a challenge later down the line, Monster Hunter Rise: Sunbreak is the addition that comes to consoles in Spring 2023.

Amie GammonsDecember 2, 2022Last Updated: December 2, 2022
0 1 minute read
Facebook Twitter LinkedIn Pinterest Reddit Telegram
Facebook Twitter LinkedIn Pinterest Reddit Telegram
Hello, fellow readers! If you want to get in touch with us and participate in our discussion boards, make sure you visit our Forums. We are more than sure you will find something useful there! The forum is new, so be among the first ones to say Hello!
If you are a video game developer and you have a submission to make, you can mail us at team@futuregamereleases.com 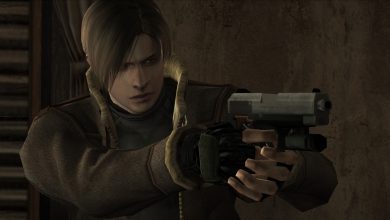