The scene was hilarious as Timthetatman has just started streaming Rainbow Six Siege. As he was playing, throughout the whole time he just wanted to own every single skin in the game. Like, he wanted to buy everything :). We all know Timthetatman and the character within, for which a lot of people find it extremely entertaining. 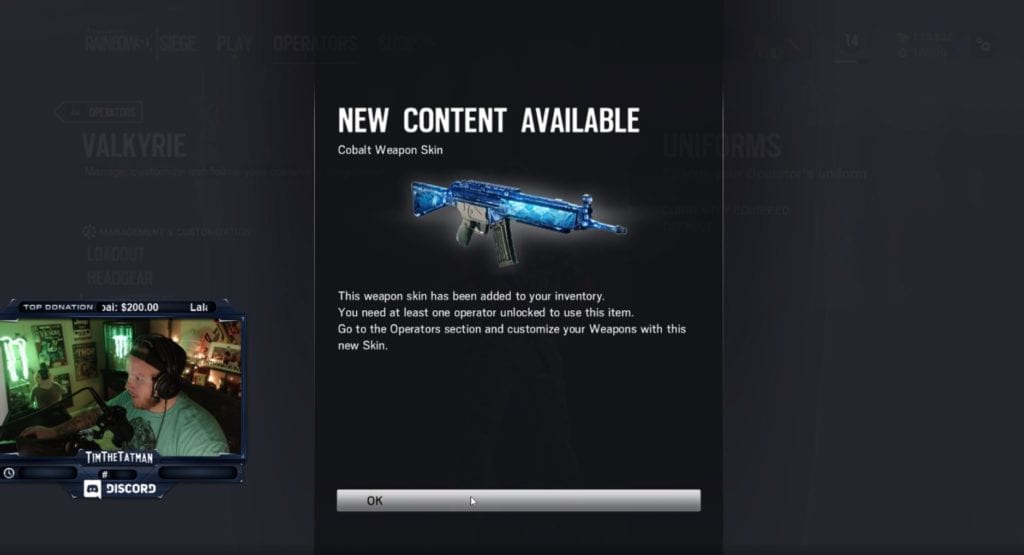 As soon as he received more credits from the devs, instead of buying Operators to try them out, he instantly went to the Skins shop looking to buy something cool (You know Timthetatman, it’s in his blood). This is where the fun part begins. Out of nowhere, timthetatman has started receiving skins, popping up in the middle of the screen and he was barely able to do anything to prevent that from happening, while everyone else in the chat seemed to be jealous.

Hey, that’s a Streamer’s privilege and we are talking about one of the top-notch Twitch streamers, Timthetatman. The scene was funny as we said, and you do not want to miss the video below.