Nintendo will not announce more key details about the Switch system until January 2017. The new president Tatsumi Kimishima offered a high-level take on two key areas: price and launch lineup.

About the price, Kimishima said that the console is with a price with what you would normally. Nintendo Switch is some kind of a new idea in a game. It is a console/mobile hybrid and it is not easy to compare to previous Nintendo system. Regarding the price, as they have been saying, they are in principle, not planning to sell it at a loss. They will like a wide variety of consumers to enjoy Nintendo products and they will also like to think in terms of consumers expectations for their products. Nintendo Switch president have a really high expectation about the selling of Nintendo Switch. He said that this kind of device should be mind-blowing for every single gamer.

Nintendo only confirmed The Legend of Zelda: Breath of the Wild, through teasers for the new or updated versions of Splatoon and Mario Kart 8. As shown during the Switch’s announcement video. Nintendo stated that the trailer showed only short peek of typical gameplay to demonstrate the liberating nature of the Nintendo Switch home gaming system.

Videos for NBA 2k and Skyrim game are available during the Switch’s announcement trailer. Ubisoft brings at least Just Dance 2017 to the Switch. Many third-party developers signed up to support the console, including Activision, Warner Bros Electronic Arts, Square Enix, Capcom, and Konami.

In the briefing, Kimishima said the third-party support for Switch was strong because the studios realize that Nintendo Switch offers a chance to create new and exciting revelations which are not possible with current gaming devices.

During a presentation, Kimishima gets a question if the launch lineup for Switch will aim at hardcore gamers. He did not answer this question but said that Switch is embraced by a variety of different people across many different age interests.

On the 12th of January during an online demonstration, Nintendo is releasing the specs and price for Switch. They said that there will not announce any major news about the console until then.

Regarding the sales projections, Nintendo expects to transfer 2 million Switch consoles during the launch month of March 2017.

Hello, fellow readers! If you want to get in touch with us and participate in our discussion boards, make sure you visit our Forums. We are more than sure you will find something useful there! The forum is new, so be among the first ones to say Hello!If you are a video game developer and you have a submission to make, you can mail us at team@futuregamereleases.com
Tags
nintendo switch 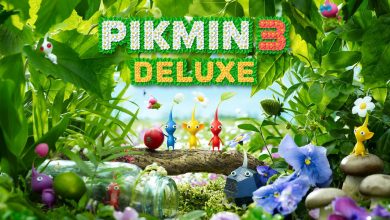