Yes, Hearthstone January Ranked Play Season is Live with a new card to add to our collection. The Grimmy Goons card will be back to your collection by just playing Hearthstone during the month of January.

In this way, you can show-off your Hearthstone accomplishments and replace the decorating reverse side of the card. If you hit rank 20 in Standard or Wild Ranked mode you will receive the Grimy Goons card back at the end of January’s Ranked play season in your reward chest.

Earning a lot of bonuses

You can earn reward chests by getting your highest earned rank by playing Ranked play. Reward Chests can give you seasonal card backs, arcane dust and also golden cards. You can get them by both playing Standard or Wild Ranked play modes. The best part is that everyone will be awarded one chest per Ranked play season based on highest rank between the two modes.

Also, the more you go up in the Ranked Play ladder, the more bonus stars you will receive in the next season. Every single player loves this so, yes, it’s so awesome. Also, at every end of a season, we’ll be given bonus stars, more precise, one bonus star per attained rank. If you receive bonus stars from the previous season, you will go directly to rank 20 or above in the next season. However, you will still need to log in at least once each Ranked Season just to qualify for the card back reward.

Grimestreet’s card back can be yours by just playing January’s Ranked Play Season and now it’s the time to shine.

Angel Kicevski Follow on Twitter January 2, 2017Last Updated: January 5, 2017
0 1 minute read
Facebook Twitter LinkedIn Pinterest Reddit Telegram
Facebook Twitter LinkedIn Pinterest Reddit Telegram
Hello, fellow readers! If you want to get in touch with us and participate in our discussion boards, make sure you visit our Forums. We are more than sure you will find something useful there! The forum is new, so be among the first ones to say Hello!
If you are a video game developer and you have a submission to make, you can mail us at team@futuregamereleases.com 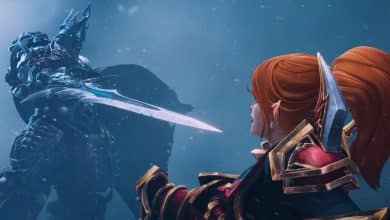