This might be what you’ve been waiting for. Getting that colors on the old Planes seems like a must to me. At firs look, it might be disappointing to some players, but, seems like this is the best way to standardize the basic design of the factory paint jobs. 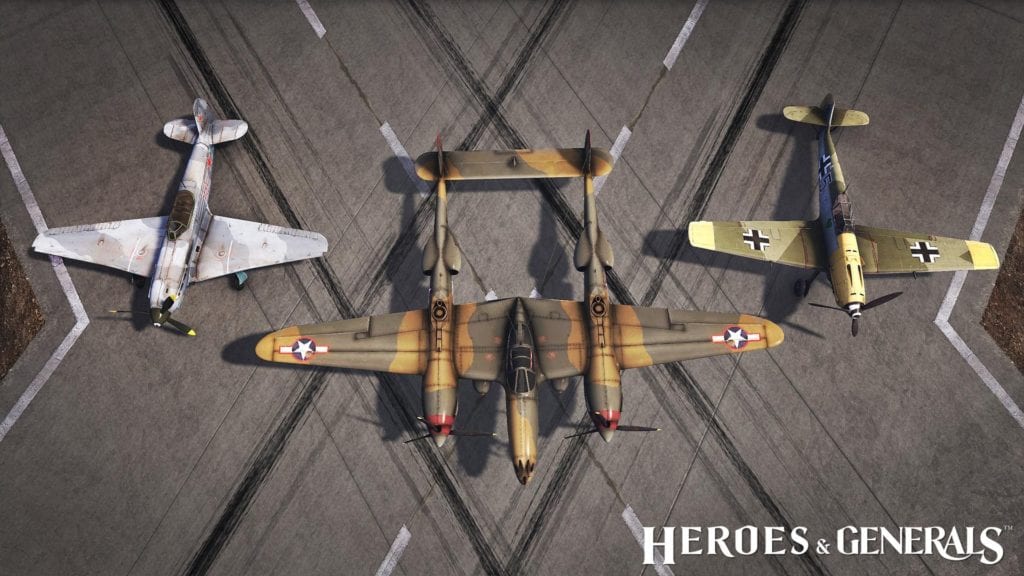 The Soviet YAK-9, Messerschmitt BF 109E-4 and the US P-38 Lightning will receive the new factory paint jobs.

Also, If you own the old factory paint jobs and have the planes, you can still buy the paint jobs afterward. Meaning, you are not going to be stick to the old ones.

With the Wings of War update, the same planes will get totally different and new paint jobs and they will differ from the factory ones. They will be authentic World War 2 paint jobs, even though the devs noted that have some inspiration received from the former factory paint jobs.

Even though the players are mad and instead of upgrading something else and improving the gameplay, the devs decides to release new paint jobs. This might be very frustrating for the players and the community. On the bright side, this might be their only way of getting money so they can improve the gameplay, physics and mechanics of the game. So if it’s because of that, we should stop being frustrated and let the devs work on what they think it’s best for the game.

We hope this will satisfy a lot of players and

The New Paint jobs will be available for purchase after the Wings of War patch applies.

Angel Kicevski Follow on Twitter January 23, 2017Last Updated: January 23, 2017
0 1 minute read
Facebook Twitter LinkedIn Pinterest Reddit Telegram
Facebook Twitter LinkedIn Pinterest Reddit Telegram
Hello, fellow readers! If you want to get in touch with us and participate in our discussion boards, make sure you visit our Forums. We are more than sure you will find something useful there! The forum is new, so be among the first ones to say Hello!
If you are a video game developer and you have a submission to make, you can mail us at team@futuregamereleases.com