The newest installment in Blizzard’s action role game Diablo 3 is offering double XP this weekend as an apology for the players who have waited during the delays with Patch 2.6.0’s fixes.

The developer will be making the event available in order to make peace with the ones that are affected by a Legendary Gem exploit.

The game’s upcoming double XP weekend, which starts this Friday, July 14, at 5:00 PM PT and ends on Monday, July 17, at 10:00 AM PT, and some players who decided not to use the exploit, feel like they are at a disadvantage. But they should be allowed to level the playing field. This is a quite rare opportunity for the players to gain experience points faster than usual, as explained by Tyvalir:

“Although we generally don’t provide such buffs (in order to discourage people from only playing when a buff is active), we feel like the unusual circumstances, in this case, warrant an exception.”

“We will be rolling back Legendary Gem levels to the maximum gem level that would have been legitimately achievable prior to the patch going live. As with all previous exploits, any additional actions we may take will not be discussed outside of our staff and offending individuals.”

The Double XP weekend might not be what the fans affected by the exploit wanted. Most players expressed their thoughts that the right thing to do is to ban the ones who took advantage of the situation. Blizzard is talking about this right now, and just like Overwatch, a massive cheat ban could go into full effect in the future.

Hello, fellow readers! If you want to get in touch with us and participate in our discussion boards, make sure you visit our Forums. We are more than sure you will find something useful there! The forum is new, so be among the first ones to say Hello!If you are a video game developer and you have a submission to make, you can mail us at team@futuregamereleases.com
Tags
Blizzard diablo 3 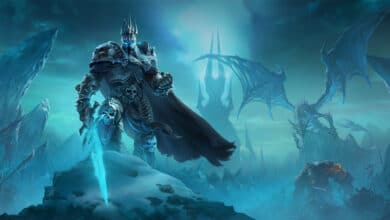