If you want to have some background info about the game, keep on reading this article. It is about a man who is fighting his demons as he goes through the twisted world to save his daughter. You might need some refreshment on the things you might have forgotten since playing the first game, or maybe you just did not have the chance to do anything at all.

Who is the character in all art?

He is Sebastian Castellanos and he is a former father. Former husband and a former detective at Krimson City Police Department. His emotional state is standing on its last legs, and he can often be found in bars. He lost his daughter in a tragic fire. After that he lost his marriage and got dragged into a STEM world.

However, the Sebastian in the second game is quite different from the one in the first game. He is lost, confused and keeps trying to survive in The Evil Within. In the second game, the world is a mysterious place and he is still fighting for his life, but this time with purpose. He made a choice of his own to go back into STEM.

STEM is a device that can allow a shared consciousness experience. It can connect the human minds in an alternate world, one of the minds being used as a central “Core”.

When Sebastian gets involved with STEM in the first game, he goes through horror in a quite scary version of his hometown, Krimson City. He was tortured and nearly killed. Going through all this terror, did not do much to help with his mental state after he got out of STEM.

Mobius is the organization that for the people do not exist. Supposedly, they have infinite resources, and have one of their agents into Sebastian’s team.

What is Mobius’ main goal?

They say that their main goal is to use STEM to change the world and become leaders of the humanity. They strongly believe that STEM is holding the key to true “peace and order”, but they did not do that much to back this up.

How is Sebastian connected to all of this?

Sebastian got involved when he and his team were investigating a series of missing people at the Beacon Mental Hospital. This is the same hospital where Mobius was developing STEM and performed deviant experiments to perfect the device.

This was all because of a Mobius agent that entered Sebastian’s team. Because of that agent, Sebastian got pulled into STEM.

Who is the agent? What is the connection between the agent and Sebastian?

The agent was the Junior Detective Juli Kidman. She was trained by Sebastian. And she was probably the last person he would’ve picked for a double agent. She got involved in STEM for her own personal reasons. She is the protagonist of The Assignment and The Consequence DLCs.

Who is Juli Kidman?

She is complicated. She might have been seen as a villain in the first game, but she has her own personal issues. She joined Mobius after a troubled childhood and intensive indoctrination therapy.

They were able to influence her actions through the injection they gave her before she went into STEM.

She strongly believes that she owes Mobius her life, even after being told that they lied to her. Kidman leaves with them at the end of the first game, and is still working with them at the start of the second game.

Hello, fellow readers! If you want to get in touch with us and participate in our discussion boards, make sure you visit our Forums. We are more than sure you will find something useful there! The forum is new, so be among the first ones to say Hello!
Tags
Bethesda Softworks Tango Gameworks The Evil Within 2 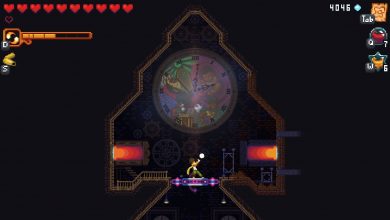