Have you ever asked how it’s possible to get 6000 XP from one Raid Battle in Pokemon Go? Even after a long time since Pokemon Go was launched, players are just not able to grab all of the needed XP. This is why the Raid Battles are becoming popular, as they seem to be the best source to gain the most needed experience in the game. However, there’s a little trick for you to double the experience when you’re competing a raid battle and that’s by using a Lucky Egg. In that way, you might double your experience from 3000 to 6000.

This discovery has been done by normal trainers just like you, as they’ve been able to x2 the experience they earn. It’s more tricky than hard to do it. You do not need to be a high level player in order to accomplish this. To be more precise, once you have a Lucky Egg active just make sure you complete your daily raid battle and win the same. When you do so, the pop-up text will say that you have gained 3000 XP. However, if you check up your total XP you’ll see that you’re experience is higher by 3000, which in total is 6000. Even if Niantic did not say anything about this, it still works, allowing players to level up quickly.

The best part in this scenario is that low level players are able to get the same XP after Niantic decided to lower down the level requirement for attending raid battles.

Gaining Double Experience by using a Lucky Egg doesn’t mean that you can do it only once per day. If you pay for a premium Raid Pass, that will just give you a chance to participate another raid battle, which results in getting more experience. Well, the only important thing is that you’ll need to win your battle. That’s why we suggest to check out these tips before joining a raid battle. Finally, it’s not that hard to get more experience in Pokemon Go overall!

Angel Kicevski Follow on Twitter July 10, 2017Last Updated: July 10, 2017
0 1 minute read
Facebook Twitter LinkedIn Pinterest Reddit Telegram
Facebook Twitter LinkedIn Pinterest Reddit Telegram
Hello, fellow readers! If you want to get in touch with us and participate in our discussion boards, make sure you visit our Forums. We are more than sure you will find something useful there! The forum is new, so be among the first ones to say Hello!
If you are a video game developer and you have a submission to make, you can mail us at team@futuregamereleases.com 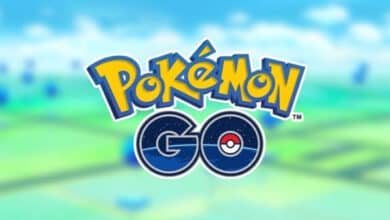