As announced today by Steep’s developers, the game is getting ready for a brand new Season 2. This will be a competitive event which starts on July 21 and presenting five new series.

Steep’s World Tour Season 2 starts on Friday, July 21 and will last until November 27. There are five series, each series with different date and challenges. 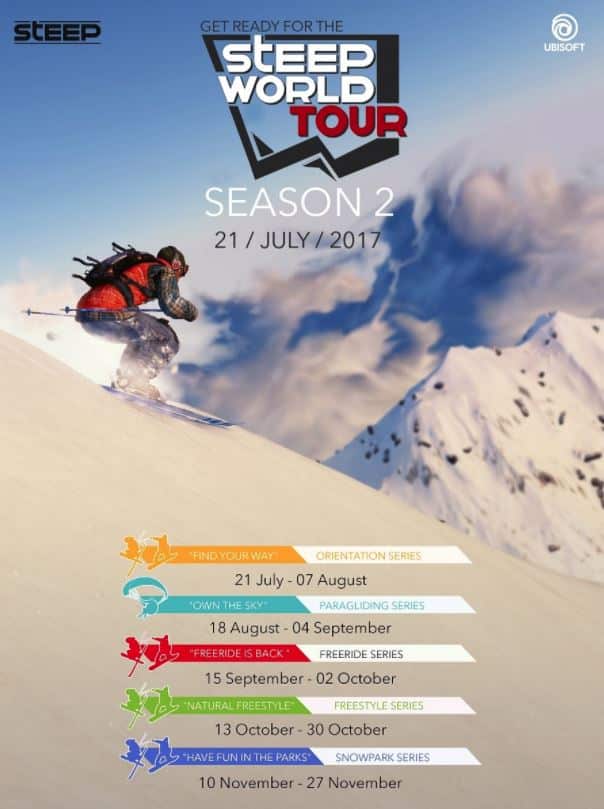 If you are still having in-game issues, or the game crashes, just re-install the game, delete the local save and you are all set.