Have you ever asked yourself how Tomb Raider looks in 8K? DudeRandom84 is back with yet another GTX 1080 Ti test. This time the only different part is that he’s using two GTX 1080 Ti bridged in SLI. His famous work brought him all the way to 38K subscribers in a short period of time, as his video comparisons are on point.

For those unfamiliar to SLI, it is Scalable Link Interface, used by Nvidia. It enables you to bridge multiple identical GPUs on one machine. This technology is favored, but not used by the majority of gamers, as some video games have some serious optimization issues when it comes to SLI Technology.

Back to the topic, it feels like the SLI technology doesn’t boost a game by that far. However, it’s an advantage to be able to play on a PC that actually supports 8K resolution. The FPS Frame Rate of 2 GTX 1080 Ti in SLI feels satisfying overall. Especially when you’re playing a game like Tomb Raider.

Below, you can preview the frame rate performance benchmark played on Tomb Raider 8K resolution and GTX 1080 Ti in SLI. All the credits and thanks to DudeRandom84 for the awesome video.

Angel Kicevski Follow on Twitter August 7, 2017Last Updated: August 7, 2017
0 1 minute read
Facebook Twitter LinkedIn Pinterest Reddit Telegram
Facebook Twitter LinkedIn Pinterest Reddit Telegram
Hello, fellow readers! If you want to get in touch with us and participate in our discussion boards, make sure you visit our Forums. We are more than sure you will find something useful there! The forum is new, so be among the first ones to say Hello!
If you are a video game developer and you have a submission to make, you can mail us at team@futuregamereleases.com 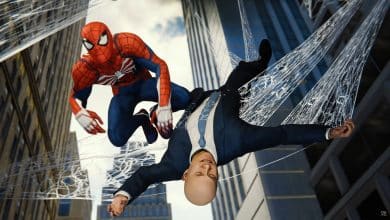 Nvidia Driver 496.76 is Now Available, Battlefield 2042 Players Should Download It