New Heroes, new modes and new maps are coming to For Honor, with the release of Season 4 Order & Havoc on November 14, Ubisoft announced on their blog.

For Honor’s Season 4 Order & Havoc brings two new Heroes in the game, Aramusha and the Shaman. Aramusha is a Samurai-Hybrid featuring fast attacks and defense. The Shaman is coming as part of the Vikings, and he is using two weapons, hatchet and dagger to make his enemies bleed on the battlefield. While his enemies are bleeding, the Shaman becomes more powerful and he gets two new skills, granting health for every successful strike and the ability to leap onto an opponent. These two new skills are Blood Trance and Predator’s Mercy.

Tribute mode is the new mode in For Honor Season 4 Order & Havoc and it’s a 4v4 team mode, where the players (each team) have to control three Offerings and have to bring them back to a Shrine. Once the task is completed, players will receive one of the following blessings:

The next new upcoming mode is Ranked Dominion. In this mode players can show their skills, fight for in-game rewards and claim bragging rights during the competition.

The aforementioned Heroes can be obtained by Season Pass owners first, on November 14, and on November 21, non-members can unlock each Hero for 15.000 Steel. While the two new maps, will be available for free to everyone on November 14. The maps are Market Town and The Gauntlet.

For last, Ubisoft runs a free to play Weekend campaign, and those who want to try out For Honor, can do that for free starting on November 9 until November 12, including five multiplayer options, campaign mode and all the Heroes.

Dejan KacurovNovember 2, 2017Last Updated: November 2, 2017
0 1 minute read
Facebook Twitter LinkedIn Pinterest Reddit Telegram
Facebook Twitter LinkedIn Pinterest Reddit Telegram
Hello, fellow readers! If you want to get in touch with us and participate in our discussion boards, make sure you visit our Forums. We are more than sure you will find something useful there! The forum is new, so be among the first ones to say Hello!
If you are a video game developer and you have a submission to make, you can mail us at team@futuregamereleases.com 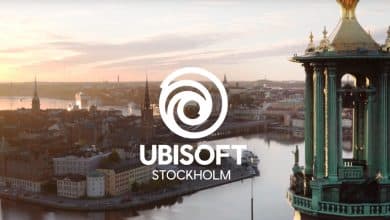