Battlestate Games has put some real work on Escape From Tarkov over the past period. Throughout this session, we have received many changes including netcode fixes and some armory, but there’s a lot more to come.

Recently, Klean, a twitch streamer, and Battlestate’s PR representative has discovered that Battlestate Games is planning to add a PVP event, removing AI spawns. This means Scavs will still spawn on the map, but they will be human players.

This will also increase the difficulty level and build up to the game, making it even more challenging to play. It should speed up the progress for every player and embrace PMC players to get the massive armor before they jump into a raid.

You can see Klean explaining the whole PVP event in the clips down below, since the video is missing.

Battlestate Games strikes after every following update. Their job so far has been quite notable, and they just continue to impress the whole community with every update. Regarding the PVP event, many players including Klean thinks that it is how the game suppose to be, and raids should be participated only by real players instead of NPCs.

The strange thing is that the AIs are choking the servers more than the players because of their complexity and how they’re implemented in the game. While it may sound strange, this upcoming PVP event should improve the server performance and allow players to enjoy the game at a higher frame rate, especially on the currently larger maps like Customs and Shoreline.

Overall, Battlestate Games have stated multiple times that they want quality before everything else. If something’s not working as intended, it is most likely to get removed, or, get released when it’s fully polished. It adds to the overall game quality, and there’s no one competent to argue about it since Battlestate Games is dully but indeed concluding their work the right way. 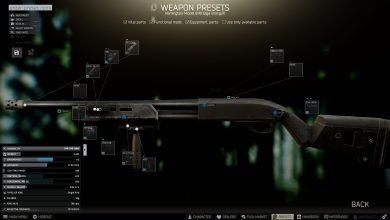