Not any other RPG Shooter video games have been more successful than the two above. Namely, Destiny 2 and The Division are the most played First-Person shooted RPG video games that have struggled throughout the course of their development, especially early after release.

Now that Ubisoft is in the works of the second The Division video game, Division 2, let’s just take a look back at what actually happened during these two giants’ release.

Alert: This could be a nice piece of info for future developers of any kinds of video games.

Before Destiny 2 came out, the game was not available on the PC and was quite a good title to play on a console. However, after its release on the PC platform, everything turned into a nightmare. On the other side, the same thing happened to The Division, in which a series of failures resulted in a player base loss. The player base loss of both video games occurred faster than any of you could imagine.

There was a Beta, which was purely overloaded by many players. The beta event was over, and it was time for a release. As any other beta would do, this one did not include any bigger content but instead half of the Dark Zone and a limited amount of weapons so players could only taste a sliver of the game. Then, the big date, its release, March 8th, everyone in front of their PC to experience to craziest RPG ever created, The Division.

After running it for multiple days, it turned out that the game was purely based on PVP and Dark Zone, in which players were somewhat pushed into. To be honest, PVE-ing was allowed in the Dark Zone. Simply said, that was the limit. It was also the best spot to farm your best pieces of gear, even when the first gear sets were not released. After running the same route for a long period of time, each player has found out the game offers nothing else but boredom.

Not only that! Rest assured, the cheaters came along. Just after one or two weeks into the game, you could’ve seen birds (players) flying above and bombarding people. It is common sense to say “that’s it I am done” whenever you experience something of that range. No anti-cheat was working as it should, reports were based on personal feedback including a video proof, there wasn’t even an option to report a player in-game.

Yes, if you’re a Division lover, we truly understand that you may neglect us, but this is how it was in the beginning. The beginning is always what matters in any single game. You strike the iron while it’s hot, and that’s exactly what all of the companies should do.

The same thing happened to Destiny 2, players were left behind to experience the repetitive content all over again, with some choice of dwelling into PVP or PVE, but in the end, they were left with their annoying side missions. 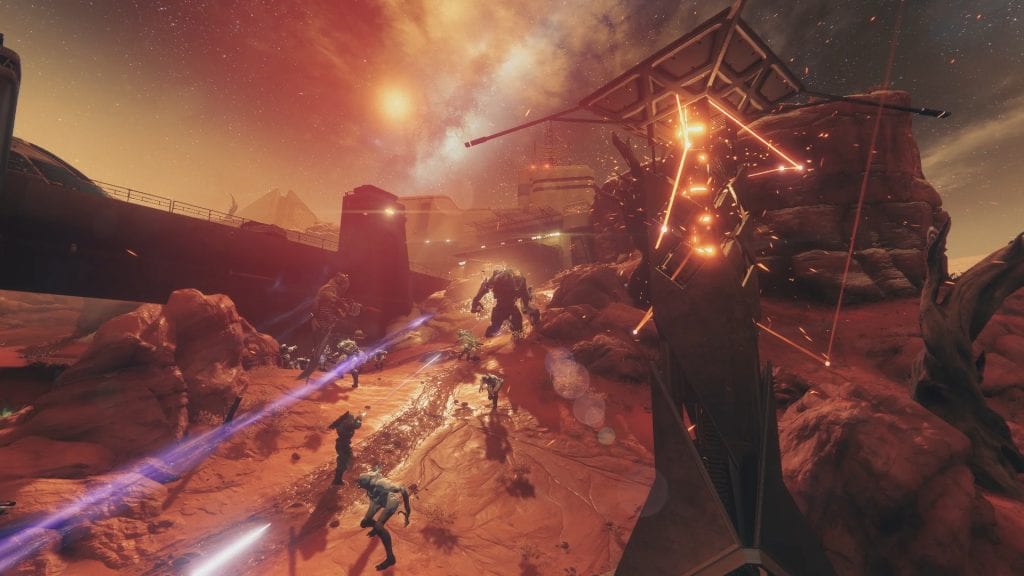 There’s nothing much to speak about Destiny 2, as both of them suffered by similar negativities, in which resulted in a huge player base loss. Therefore, I would love to keep this as much as short as possible.

Even if both of the games have managed to fully recover by releasing content after content, update after update, in which successfully retained some of the losses, it still feels a bit short. No players were able to completely get back into Massive’s The Division, and Bungie’s Destiny 2.

We’re far away from roasting any of the developers in the game’s current stances. Both of them offer good quality and nice content to enjoy playing, but the question remains the same, how long period was needed for them to make the games complete? Yes, some of them may be against the above-written peace of letter, but it clearly states the negativities both of the games had during launch. Why does a DLC need to be the savior of a video game? That’s the only question we need an answer to.

Therefore, pinpointing the problem has always been easy, and the issues clearly occurred during the launch of both of the games. Hopefully, this won’t be an issue in 2019 when The Division 2 launches. Also, we’re confident that these two names won’t ever fail again, especially during launch as their experience most likely scaled.

Destiny 2’s End Game, one of the reasons why players stop playing it