Keeping the lore in secret is most likely the best way to retain the integrity of any video game pre-release. However, recent leaks are determined as huge spoilers, and the same happens to Rockstar Games’ biggest competitor in the gaming industry, the Grand Theft Auto series. Keeping the lore in mystery is a hard thing to do in this era.

Not a single huge video game has made it out without a pre-release exposure. The leak contains story info on the upcoming GTA 6, a variety of locations have been discovered within the same. First published on dexerto, an unknown user has published data regarding upcoming GTA 6 content.

For the first time in years, we may see Grand Theft Auto, sharing huge gameplay content among different cities. Unlike San Andreas, it is expected to push players on missions found in all of the cities. Having multiple of them, they will surely enrich the story-telling, but also the gameplay varieties that could potentially excel any other video game of the similar branch.

Many people believed that no one could ever top the success of GTA V, except the very same developer Rockstar Games, and according to the recent leaks, that’s a most definite factor.

The leaker states there will be at least two cities to be based on previous GTA titles. IN this case, Liberty City and Vice City which was part of the sequel GTA Vice City. Below you can find an image example of the alleged map. 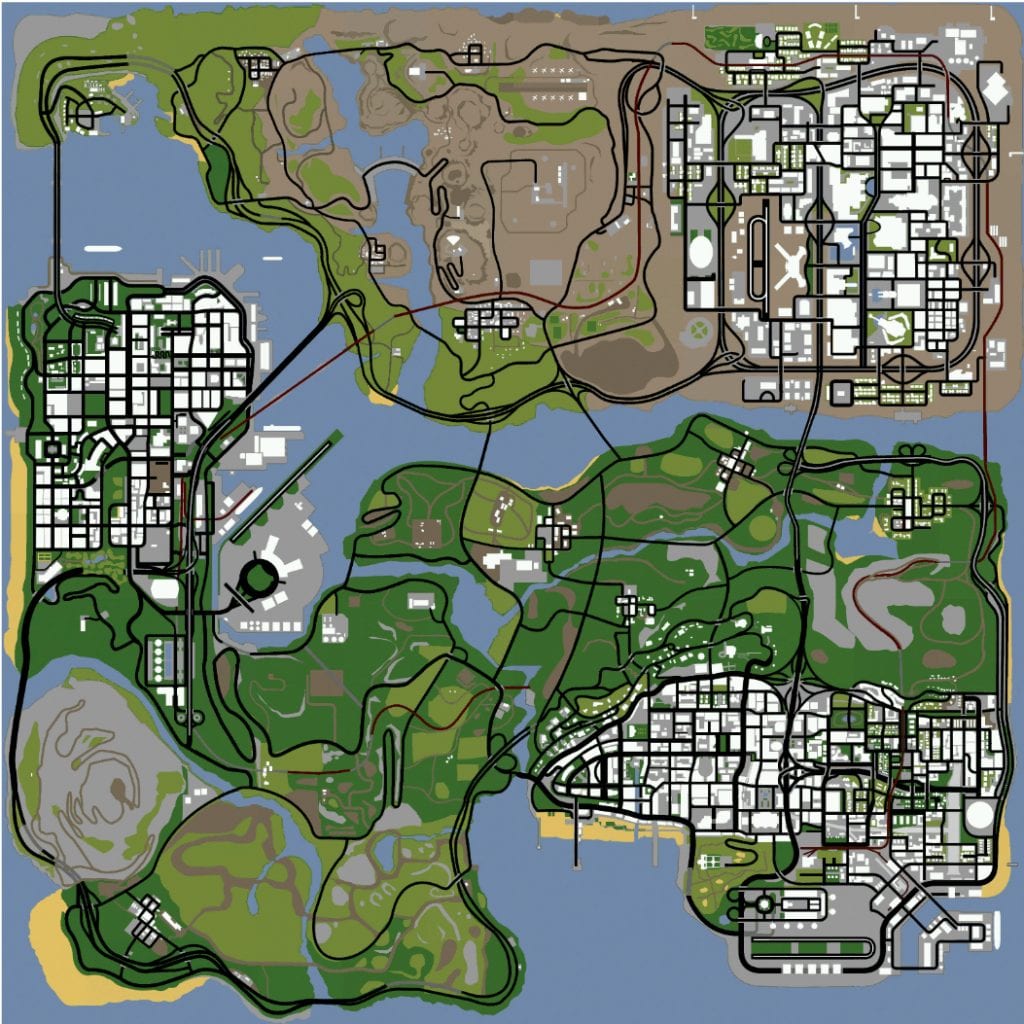 The storytelling would be somewhat different. The leak suggests that early in the game, players will begin starting from zero, building their reputation until they get to “the drug lord” title. Throughout the story, players will also get a chance to join bigger gangs, which will allow them to progressively anticipate whatever’s on their way.

The full information of the leak can be found below:

GTA 6 is going to feature multiple big cities which players can travel across. In the title which will make you a kind of a drug lord. You will start as a small time guy in Liberty city doing odd chores and small time thefts and eventually work your way to Vice city where you will join a famous gang. You will be tasked to look after business in liberty city until you are brought back to Vice City and soon become the drug lord. Rockstar games has an idea about when they want to release the game but the corporates want to analyse the sales of PS5 and the Xbox 2. This game cant come for ps4 because of memory restrictions. We have 2 major cities along with a vast stretch of highways and blaine county like country sides in the middle of it all.there will also be some kind of timed era between the missions with flashbacks. Certain shops will sell diff types of items in diff eras. Rdr2 type stranger dialogues will be implemented. There are big plans in online and with major content like newer towns. They are working closely with microsoft n sony on cloud gaming which will help them enable Online to be a continuous process.

Hello, fellow readers! If you want to get in touch with us and participate in our discussion boards, make sure you visit our Forums. We are more than sure you will find something useful there, as most of the news are coming in there first. The forum is new, so be among the first ones to say Hello!
Tags
grand theft auto GTA gta 6 Rockstar Games