Now that the semi-finals have been played out it is time to see who of the participants advanced to the final qualifier in EU. Fortnite’s World Cup qualifier is currently in week 6, as for an even week it follows with Duos. Which team is going to amaze the public and manage to qualify for the final event in New York, remains to be seen.

Out of 10 Weeks scheduled on Epic Games’ calendar, there are 5 more left including the one today. The EU qualifier has already started, as the hosts of the event are gathering around to commentate the exciting moments.

After today’s EU event, there will be qualifiers scheduling in the next two probably most intriguing zones to watch, and that is NA East and West. EU and NA East have somewhat the same player size available to qualify for the final event. With that being said, they’re confirmed to have the highest skill but also player base.

As such, we also tend to cover only the NA East and EU qualifiers as they’re the most fun to watch, but also bring lots of player to the final event. Keep in mind that players who already participated and qualified in the previous weeks can still participate in today’s event. However, if they manage to take a qualifying spot, it will transition to the unqualified team on the table below them, but the price still goes according to the placement.

Below you can find the official standings of the EU Fortnite World Cup Qualifier Finals for Week 6.

The list above varies depending on the live scoreboard posted by Epic Games.

Amie GammonsMay 19, 2019Last Updated: June 2, 2022
0 1 minute read
Facebook Twitter LinkedIn Pinterest Reddit Telegram
Facebook Twitter LinkedIn Pinterest Reddit Telegram
Hello, fellow readers! If you want to get in touch with us and participate in our discussion boards, make sure you visit our Forums. We are more than sure you will find something useful there! The forum is new, so be among the first ones to say Hello!
If you are a video game developer and you have a submission to make, you can mail us at team@futuregamereleases.com 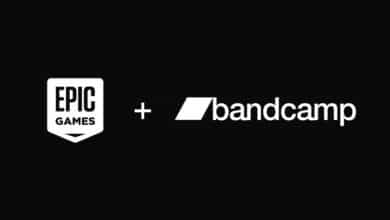