The Epic Games tradition continues as they’re adding not one but two more video games available for free. Those are Ubisoft’s For Honor and Remedy’s Alan Wake, two beautiful titles that can be thoroughly enjoyed. For Honor, the medieval battle that puts you in a time of the long-ago honorable fights, and Alan Wake, the mysterious psychological thriller.

Both of them are considered to be huge titles compared to what Epic Games has released throughout the past. This time, it is vital to notice the generosity by Epic Games, including two medals at the same time.

These two video games will be available to claim until August 9 before the other free game rotation goes live. For Honor is a game best enjoyed when played with friends, and now that is for free, diving into the medieval battle is more than manageable.

Whether is that Viking, Samurai or Knight, you could experience each set of abilities different classes offer. From assassination and attack to defense and durability, each character has its strengths and weaknesses, a representation of the game’s beauty.

To get both of the games, make sure you visit the official Epic Games Store.

Hello, fellow readers! If you want to get in touch with us and participate in our discussion boards, make sure you visit our Forums. We are more than sure you will find something useful there! The forum is new, so be among the first ones to say Hello!
Tags
Alan Wake Epic Games Store For Honor Remedy ubisoft 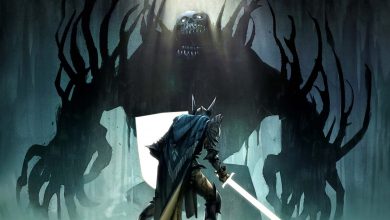