Legion is the third series of the Watch Dogs franchise, developed by Ubisoft. Ubisoft has been solely silent about details until a couple of days ago. In a recent interview, Joshua Cook, Watch Dogs Legion Art Director, has openly discovered a couple of more information about the game.

Namely, Watch Dogs Legion won’t be just a hacking game. Instead, it is set to spread its prospect in areas never met in its predecessors. Being set in London, the team behind Ubisoft Reflections is trying to put a kick of nostalgic feeling, as everything found in the game is correctly reflected from the real-life environment.

This includes famous landmarks such as The Gherkin and The Shard, BT Tower, Kennington Oval, and a ton of others. Basically, “a real London” replicated in a video game. A game and city in which you could take a tour and embrace the beauty of it, which arguably is one of the strongest sides of Ubisoft.

It was really tough. Real London – it’s huge, it’s enormous. We wanted to capture absolutely as much as possible for our players to experience as many of those recognisable locations [as possible]. We did some some condensing of the city; we took some liberties, took out some of the less interesting bits, and made sure we got all the places possible.

We have 8 distinct boroughs; they all have their own unique flavour and populations and exciting places. We have Westminster, Camden, Islington and Hackney, City of London, Lambeth, Southwark, Nine Elms, and Tower Hamlets. They’re all very different from each other. They have all the famous landmarks you would come to expect in those locations, plus a lot of fictional places our teams developed as well. So we have not just real places, but places that are entirely made up for the game. It is the future, and it is an alternate take on reality. We’re not just replicating reality; we’re actually injecting some of our own ideas into that world as well.

The city is completely made up of unique populations within all those areas as well. The different people and the different areas is also what makes that real and exciting and it fits really well with the ‘play as anyone’ fantasy.

But, this time, DedSec will be slightly bit different than in the previous titles. Well, a bit more than slightly. Knowing that you could recruit anyone you see on the street, that makes a vast and complex puzzle. It’s like a maze of code that even the creator will lose himself. Somewhat an artificial intelligence, one of the most significant factors for today’s technology benefits on earth.

On the question of what would hold the player locked in the game and to his character, Joshua Cook discovered the following:

Customisation is something really important. When you have a game that’s all about playing as anyone, you don’t want to just pick somebody for their t-shirt, right? You want to recruit those people for their actual personalities and their different attributes, and then you can equip different clothing and outfits for those people, so you can customise them to be even further within your style of play. So customising not just the way they play by choosing their classes, assigning them different perks and levelling them up in the RPG style systems we have for the game, but also customising their clothing completely: their hats, their shoes, their outfits, everything.

Everything is all about playing as everyone, playing as anyone, and building your team. The team you want is the team you’ll have. If you want a team of grannies in floral shirts, or punk rockers, whatever you like you pick your characters and then you customise them and you build truly your own version of DedSec. Everybody’s DedSec will be unique.

According to the full interview, Watch Dogs Legion is not going to be another Watch Dogs game in which we’ll be hacking and breaking firewalls to gain authentic info.

Apex Legends Review – The good, the bad and the ugly 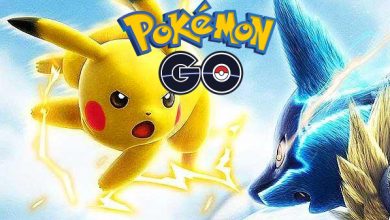