Battlestate Games has just announced that it’s aware of the long-existing bug, which causes players to swap to another account name, called X-Ploder. As confirmed before, and as seen yesterday, the same bug appearing again, the character X-Ploder has a couple of millions of all currencies.

In case you’re unfamiliar with the bug and never experienced it before, this is how exactly it looks: 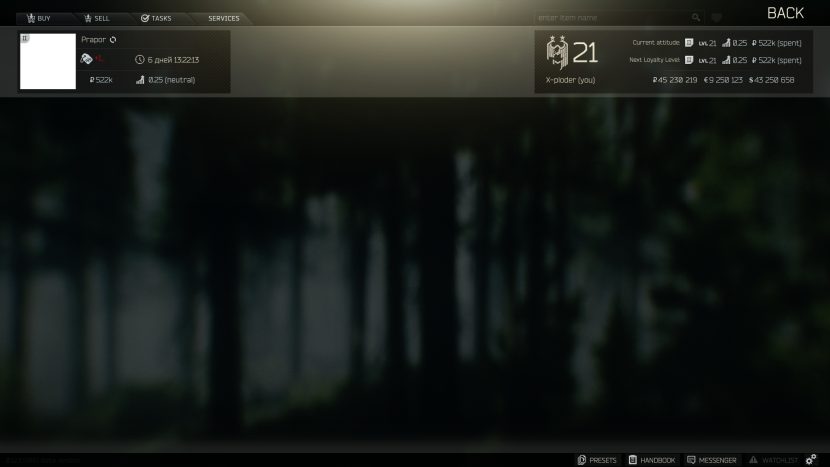 This is usually caused when players try to visit some of the traders and attempt a purchase. To confirm it’s a bug-related issue, one of the moderators on the official Escape From Tarkov forums has confirmed its culprit, which reliefs players of hack-related theories. If BSG is not hiding a potential security breach, then all of the players have nothing to worry about.

Nevertheless, to resolve the issue, Battlestate Games has also confirmed that a patch is in the works, and it should be deployed very soon. Even if BSG hasn’t officially claimed the new patch would aim to address the X-Ploder issue, it is much more viable to do so, rather than not.