Battlestate Games has shockingly announced the deployment of Escape From Tarkov’s Patch 0.12.6. Shortly after the pre-wipe event started, or better said around 24 hours after it, the developers have decided to deploy the long-awaited patch 0.12.6.7456. The patch will be installed tomorrow, Thursday – May 28, starting at 11:00 Moscow time. The server downtime is estimated to last for 3 to 5 hours.

Not to forget, this update will also perform a worldwide account wipe, which means all PMCs will have to participate in another “rags to riches” story.

For the first time, players will have the opportunity to experience the new Steam Audio, which serves for better sound positioning. A slight downside is that the new Steam Audio will be disabled by default, which is most probably in an experimental phase. Nevertheless, Escape From Tarkov is having a lot of changes, and while the upcoming Streets of Tarkov map is missing in the patch notes, do not get disappointed. Maybe BSG is preparing a surprise.

Battlestate Games has announced this news on their official Twitter Profile.

This will take from 3 to 5 hours, the game will be stopped for this time#EscapefromTarkov

Patch 0.12.6 is supposed to have plenty of surprises waiting, including a FLEA MARKET Captcha that should interfere with suspicious transactions. Among other surprising changes is the increase of player stash for two rows, despite the game version.

For more detailed patch notes, check out the section below: 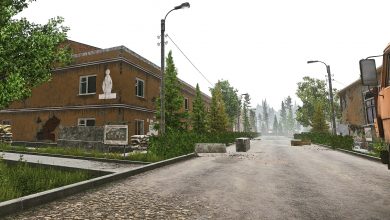