Toys for Bob’s upcoming creation, Crash Bandicoot 4: It’s About Time, and its reveal hasn’t discovered a lot of surprises and level designs but has something in store to inspire all the gamers even more. As time passes by, the more features we discover, the bigger the hype gets. On Twitter, it was shared that Crash Bandicoot 4: It’s About Time will feature more than 100 new levels.

As a number, it overcomes the N.Sane Trilogy’s collection, which had fewer levels than that. In a tweet, Broski has exposed a marketing assessment issued by Gamestop, which claims that the game will have 100+ new levels. You can find the official tweet below:

THAT $60 PRICETAG MAKES ALL THE MORE SENSE NOW, DANG

THIS IS N. SANE pic.twitter.com/a6bCJNMr8t

Contents of the email here: pic.twitter.com/9AXL9zNLsq

Most probably, the difficulty between these quality levels will be distributed accordingly, satisfying those who seek entertainment casually, to those who seek harder gameplay and thorough experience. In any words, it would feel pleasant seeing players diving into such diversified content.

With a content worth of months playing, Crash Bandicoot 4: It’s About Time wouldn’t surprise if it breaks a couple of milestones set by its predecessors.

Crash Bandicoot 4: It’s About Time will launch on October 2, on PS4 and Xbox One.

Hello, fellow readers! If you want to get in touch with us and participate in our discussion boards, make sure you visit our Forums. We are more than sure you will find something useful there, as most of the news are coming in there first. The forum is new, so be among the first ones to say Hello!
Tags
activision Crash Bandicoot 4 Crash Bandicoot 4: It's About Time Toys for Bob 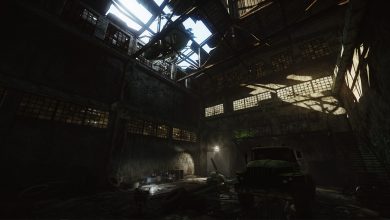