The Washington Post reported on Wednesday that Bobby Kotick and several other executives are being asked for resignation.

“In contrast to past company statements, CEO Bobby Kotick was aware of many incidents of sexual harassment, sexual assault, and gender discrimination at Activision Blizzard but failed either to ensure that the executives and managers responsible were terminated or to recognize and address the systematic nature of the company’s hostile workplace culture.” – the shareholders stated in a joint letter addressed to the company’s board of directors.

The question is as solid as a concrete block. It was explicitly stated that if Kotick, Kelly, and Morgado do not step down from their position, the shareholders will not vote for the reelection of the current directors on the board at the next annual meeting in June.

In an interview with Washington Post, Dieter Waizenegger stated the following:

“After the new revelations, it’s clear that the current leadership repeatedly failed to uphold a safe workplace — a basic function of their job. Activision Blizzard needs a new CEO, board chair, and lead independent director with the expertise, skill set and conviction to truly change the company’s culture. We need to really have a reset button on the board.”

Australian retail fund Future Super also signed the letter, Canada groups NEI Investments and Shareholder Association for Research & Education (SHARE), as well as an Australia-based investment company called “Verve Super.” The CEO of Verve refused to answer inquiries about how many shares they own in Activision Blizzard, even though it’s public knowledge that the firm holds stocks through other assets such as hedge funds or private equity investments.

The attention gained was accumulated by the recent walk and protest organized by 110 Activision Blizzard employees after Bobby Kotick’s ignorance and dismissal of the Wall Street Journal report.

Hello, fellow readers! If you want to get in touch with us and participate in our discussion boards, make sure you visit our Forums. We are more than sure you will find something useful there, as most of the news are coming in there first. The forum is new, so be among the first ones to say Hello!
Tags
activision Blizzard 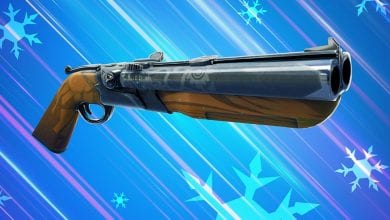