It’s not weird seeing another distinct and unique crossover coming to Fortnite. It won’t be the first time for Epic Games to settle such a collaboration, and rumors have it that another video game franchise might cross paths with Fortnite. According to recent rumors, that is Uncharted, which might imbue another promotional crossover with Fortnite.

Over the past, Fortnite has been a host of numerous crossovers. It takes a lot of courage and remarkable ability to pull in huge crowds of well-known and beloved characters from a variety of multimedia and intellectual properties, which in turn has had been Fortnite’s most appealing feature.

Aside from Uncharted: Legacy of Thieves Collection, a new Uncharted movie is supposed to come out too, which might be an additional reason for such a crossover. According to Egyptian Fortnite Leaker on Twitter, a new Fortnite X Uncharted collaboration may be on the rise. In a tweet, he revealed a challenge that requires players to collect treasure using an [Uncharted Treasure Map]. You can find the tweet below:

(Thanks to @AdiPortalBoy for making me aware of this) pic.twitter.com/JL2ydSxJkN

Amie GammonsFebruary 2, 2022Last Updated: February 2, 2022
0 1 minute read
Facebook Twitter LinkedIn Pinterest Reddit Telegram
Facebook Twitter LinkedIn Pinterest Reddit Telegram
Hello, fellow readers! If you want to get in touch with us and participate in our discussion boards, make sure you visit our Forums. We are more than sure you will find something useful there! The forum is new, so be among the first ones to say Hello!
If you are a video game developer and you have a submission to make, you can mail us at team@futuregamereleases.com 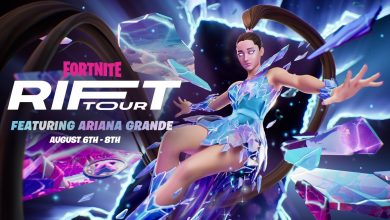