World of Warcraft’s Patch 9.2 is ready to engulf the US region today, with the EU getting it a day later, on February 23rd. The servers are currently under maintenance, and players are getting ready for the significant changes that are about to arrive. This time, Blizzard ensures you it’s different because they’ve been listening to players’ feedback to release the perfect candidate.

If anyone is to flame about the failure or lack of content in patch 9.2, you should be flaming the players. Blizzard has openly stated that it listens to community feedback, hence the delay of the patch. So, what’s new in World of Warcraft 9.2?

Tons of bans due to RMT

Together with patch 9.2, Blizzard also decided to land the banhammer and cleanse atrocities. Earlier today, Blizzard confirmed that a ban wave occurred in World of Warcraft. Those who involved themselves in RMT are likely to log into oblivion.

There was a banwave this evening – unfortunately, some initially received an RMT notice in error. The second they would have received would have been the one that was applied.

I do apologize for any confusion this may have caused.

As others have mentioned, this action wasn’t necessarily from recent activity.

If you’d wish to have this action reviewed, you’ll want to submit an appeal ticket.

Theres another ban going out for Account sharing as well?

From my understanding – that was what this one was primarily about.

Another exceptional feature coming with WoW’s patch 9.2 is the Class-Themed Tier sets, the ones that have been forgotten since the Legion expansion. We’ll finally get to experience a slightly different rotation due to the arrival of these, initially the best and purest entertainment source in WoW.

Imagine not having these for almost two full expansions in a row, except for maybe the corruption system in BFA? Is it even eligible for comparison? I wouldn’t say so, as those who haven’t had the opportunity to play with Class-Themed Tier sets, they’ve missed a lot.

World of Warcraft Shadowlands’ Patch 8.2 will include a new “otherworldly” location named Zereth Mortis, and a new powerful movement called the First Ones, its creators. But, speaking about this seems a bit excessive, and it doesn’t deserve to be the main subject. What does deserve to be the main topic is the arrival of the class-themed tier sets after being forgotten for around six years.

CONFRONT ANDUIN AND THE JAILER IN THE SEPULCHER OF THE FIRST ONES – Breach the vault containing the Progenitors’ most ancient and powerful creations. Face off against Anduin in a desperate attempt to free him from Domination, and put a definitive end to the Jailer’s plan in the expansion’s climactic 11-boss raid.

Amie GammonsFebruary 22, 2022Last Updated: February 22, 2022
0 2 minutes read
Facebook Twitter LinkedIn Pinterest Reddit Telegram
Facebook Twitter LinkedIn Pinterest Reddit Telegram
Hello, fellow readers! If you want to get in touch with us and participate in our discussion boards, make sure you visit our Forums. We are more than sure you will find something useful there! The forum is new, so be among the first ones to say Hello!
If you are a video game developer and you have a submission to make, you can mail us at team@futuregamereleases.com 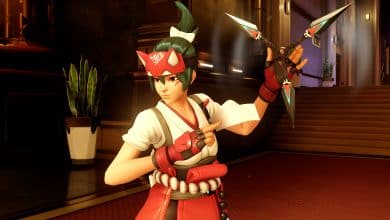