Babylon’s Fall was not what the public expected. Fans expected a thrilling, fun and exciting game, but they all got the opposite of it. Now, Square Enix is asking for our help.

The publisher behind Babylon’s Fall has released a survey in which players should tell their level of satisfaction, what should be improved, added or removed from the game. The survey will include game design and characters. If you wish to tell your opinion, you should take the survey by March 18th, 10:59 a.m. PT (1:59 p.m. ET;5:59 p.m. GMT).

While the game was followed by reviews that were not so good, Square Enix stated that they will add new game modes, new story content, weapons and other items that would make Babylon’s Fall more interesting.

Did you get the game? Are the reviews true? Tell us in the comments below.

Ivana KachurovaMarch 14, 2022Last Updated: March 14, 2022
0 1 minute read
Facebook Twitter LinkedIn Pinterest Reddit Telegram
Facebook Twitter LinkedIn Pinterest Reddit Telegram
Hello, fellow readers! If you want to get in touch with us and participate in our discussion boards, make sure you visit our Forums. We are more than sure you will find something useful there! The forum is new, so be among the first ones to say Hello!
If you are a video game developer and you have a submission to make, you can mail us at team@futuregamereleases.com

Marvel’s Avengers is struggling to recoup its development costs… 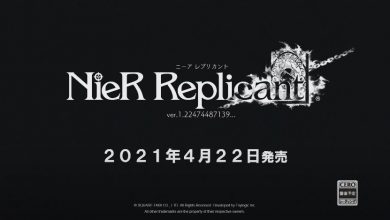 Black The Fall Is Finally Launched and Available