Niantic released a statement a long while back, which said that the users who have an iPhone 5 and/or below will no longer be able to play Pokemon Go.

The 5s though and above will be able to play Pokemon Go. This change will be implemented on February 28, as announced. With that being said, your device must be capable of upgrading to iOS 11 in order to support Pokemon Go and to continue playing the game.

The iPhone 5s and 6 users might be next though. The iPhone 6 cannot run some new features like Apple’s ARKit, and this will not be the last feature due to the aging tech of the models.

So, enjoy your last days with the game on your 2013 or older iPhone, and after that start thinking about upgrades if you want to continue playing Pokemon Go. Well, those who have “little pro Trainers” at home and when they find out that they can’t play Pokemon Go on their iPhone anymore, there is no way out! 🙂

The reason behind this change is Apple. The company wants to push 64-bit iOS apps and the support for 32-bit apps is not available on iOS 11.

In addition, all 32-bit apps previously installed, will not launch. It looks like these changes need to be done by June this year.

For last, those wondering, here is the list of supported iOS devices:

What Are The Best Counters Against Legendary Pokemon Moltres? 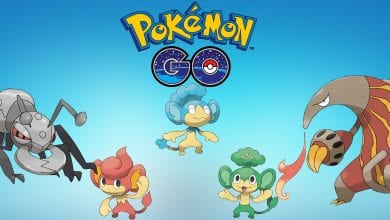