While the whole fanbase is building the hype because of the upcoming EA’s WWII themed first-person shooter game, Battlefield 3 receives a new teaser trailer. Namely, short, but speaks more than we already need to get the hype ongoing.

The new teaser trailer has been published on Battlefield V’s official Twitter page, and you can watch it below:

Shhh… not long now.
Tune in for the #Battlefield V reveal on May 23: https://t.co/kpTnOyxuxr pic.twitter.com/zzIwGi0Y1w

As you can see in the trailer, not only that it discovers the marketing rights are in Xbox’s hands, it also confirms the WW2 setting thanks to the design of the two flags at the very top. As we have mentioned before, it was expected to be a WW2 themed shooter, and we just received the first confirmation.

Judging by the situation, the video capture recorded in a multiplayer game, and the takedown animation is new and inexperienced before.

We have reported about the game reveal event being discovered by Trevor Noah. Unlike before, this title is expected to contain a right amount of Single Player content, delivered through a single-player campaign that will allow players to involve themselves much thoroughly.

Overall, the report of Dice that the game will include more different areas and core parts than before, it remains to be claimed by watching the reveal event only. Don’t forget to tune in on Wednesday, May 23 when the official reveal will happen.

Hello, fellow readers! If you want to get in touch with us and participate in our discussion boards, make sure you visit our Forums. We are more than sure you will find something useful there! The forum is new, so be among the first ones to say Hello!If you are a video game developer and you have a submission to make, you can mail us at team@futuregamereleases.com
Tags
Battlefield 5 Battlefield V Dice Electronic Arts 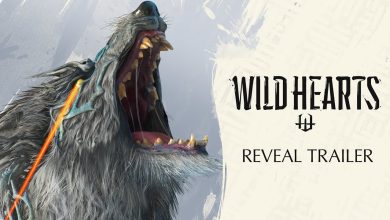