As confirmed by the Senate Intelligence Commission and the report released today (see more details below), a Russian operated disinformation group incorporated Pokemon Go and “hacked” the 2016 US Election.

The Russian group used Pokemon Go to “recruit” African Americans via social media, and created messages like “Black people don’t have to vote for Hillary because she is ! Black people are smart enough to understand that Hillary doesn’t deserve our votes! Stop being  of Democrat plantation!” Please note that these messages are written by members of that specific group and as you can see there are basic mistakes in English grammar.

The interesting thing is that they even offered to pay $100 Amazon Gifting Card to the person who will capture most GYMS in Pokemon Go.

After gaining their trust, the Russian group encouraged the African-Americans to vote for the other party.

Here is what the Senate report says:

Broadly, Russian interference in the U.S. Presidential Election of 2016 took three distinct forms. The breadth of the attack included games,
browser extensions, and music apps created by the IRA and pushed to targeted groups, including US teenagers. The popular game Pokémon Go was incorporated into the operation, illustrating the fluid, evolving, and innovative tactical approach the IRA leveraged to interfere in
US politics and culture. YouTube provided some account metadata to SSCI. Several of the email addresses attached to the YouTube accounts were affiliated with Google Plus pages; the remainder were Gmail
accounts. Several email addresses confirmed links between accounts, and across platforms. Addresses [email protected] and [email protected] were both affiliated with the “A Word of Truth” channel; [email protected] was also attached to the “Cop Block US”
YouTube channel. One of the email addresses linked to the “Don’t Shoot” YouTube account appears to also have been linked to a Tumblr post that advocated that players of Pokémon Go name their Pokémon with a police brutality victim’s name. The two “New Inform” channels had Russian-language sites associated with them, and content related to Syria, Turkey, and the Middle East. They appear to be related to the site newinform.com.

How do you guys feel about this? We would like to hear your opinion. Please let us know in the comments below.

What is this year's fastest selling console? 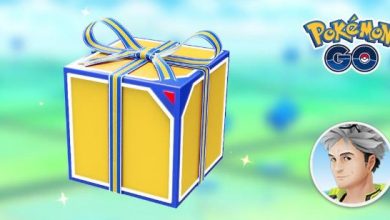