Despite the audacity of having a little number of Javelins, there are numerous other issues found within Anthem. To avoid losing players especially during the early game and its conclusion, BioWare needs to step up its game. Hopefully, many things will change, and Anthem will get a variety of improvements before losing each and every player.

As first of the many, let’s start talking about the gear management and loadout feature. It is honestly so bad that it takes me back to the pain encountered in The Division. Not only me, but many other players have concluded the same. It is an extreme pain to manage your gear appropriately. How is that so? 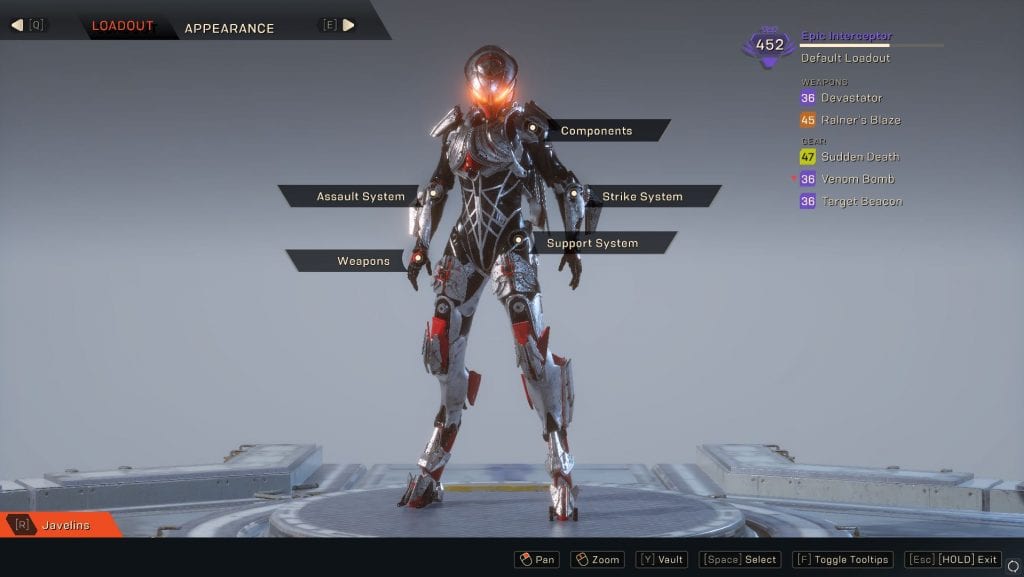 After each expedition or encounter, you receive a number of items to which your action pretty much depends on two choices. Accept or Salvage. In order to salvage a lot of unnecessary items, you simply need to salvage them one by one. That discloses a new feature is extremely necessary, and that is to be able to mark and salvage multiple items at the same time. This will speed up the process of salvaging items and also increase the player’s game time for sure.

Unhooking an item from other Javelin/Loadout. This should be a common thing in which the game’s missing response to. There should be a button at the bottom right that unhooks a piece of gear out of a Javelin without the need to swap to that particular Exo Suit. This will also contribute with a much better gameplay experience. Just putting it out there, check the image below: 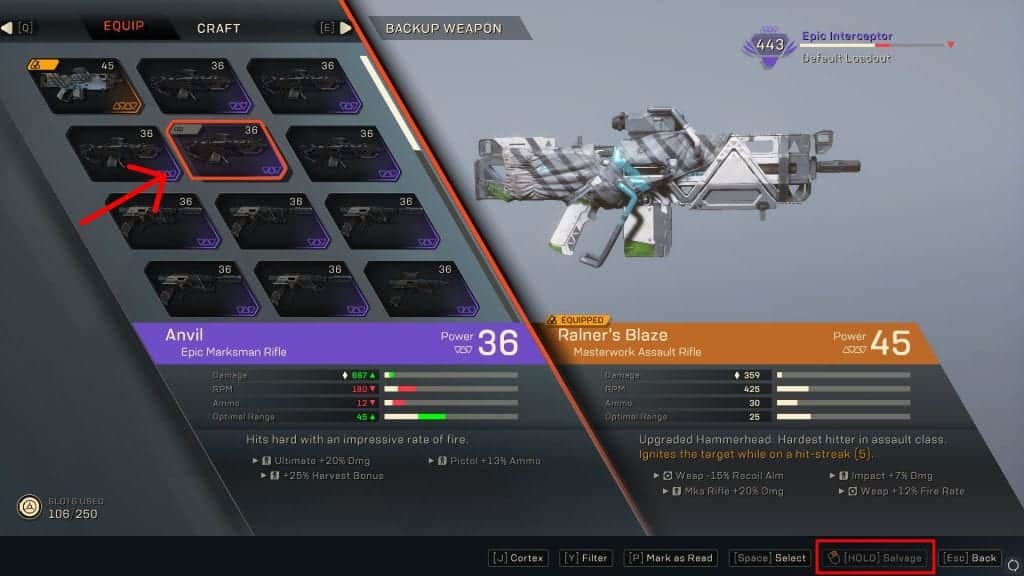 The image shows that the weapon is equipped on another Javelin and therefore, cannot be salvaged as the button is greyed out.

For everything else, even though the game looks quite interesting, the content played becomes somewhat repetitive. There should be a bigger diversity in each and every mission, whether is that a free-play or an expedition.

Knowing that is only PVE game, and the developers did not need to input their knowledge into tweaking extra numbers, they could’ve accomplished the very basic of having a healthy gear and loadout feature. Otherwise, it looks a bit wonky and definitely feels like an early-access video game.

This is just a kick-off, there are numerous of other things that require changes, but we’ll peak them some other time

Which Javelin to play during the Anthem Open Beta?