Neill Blomkamp, the director of District 9 is due to begin a celebration. A short action movie about Anthem, the game developed by BioWare and published by Electronic Arts is about to surface. Thanks to this short action movie, players will be able to witness Neill Blomkamp’s story “Conviction,” in which he unveils the beautiful story of Anthem.

The short Anthem movie will be available on YouTube and will go live this Thursday, at 11:30 AM PST. Being set for tomorrow, 02/14/2019 the movie will probably include a short intro on the game’s original story, taking us back to the era before the world collapsed and turned into remains.

Below you can observe the official tweet and teaser regarding the movie.

This is supposed to have a huge impact on all the Anthem fans. Knowing EA and their huge marketing budget, it is certainly going to build a unique hype among the fans. This is not the first time someone approaches this kind of advertisement. It has been done numerous times and other video games have had the honor to receive short films as well. Last released we know is the original The Division video game and its Agent Origins movie. Halo has received one too. Nevertheless, now it’s time for Anthem and we’re looking forward to it.

Anthem is set to release on February 22 for PS4, Xbox One, and PC. EA Premium Users can start playing the game 1 week earlier. 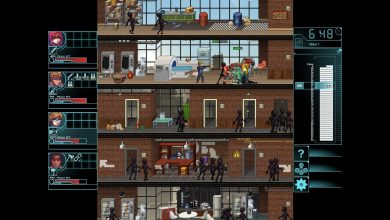