Epic Games’ latest Fortnite update 8.20.1 includes a variety of bug fixes but also stability improvements. Simply said, the most recent salty feedback given by the players had to be addressed. Player’s frustration is still growing as Epic Games has to conclude balance fixes, but also a good number of bugs found within their game.

The size of the update is around 500MB on PC, and it includes fixes to bugs introduced in 8.20. Thanks to patch 8.20.1, those issues should fade away. For more detailed patch notes, you can check the section below:

Are you experiencing an issue that’s not listed here? Let us know on any of our official social channels or by using the in-game Feedback feature found in Options.

When reporting issues please include information such as:

Amie GammonsMarch 29, 2019Last Updated: July 21, 2022
0 2 minutes read
Facebook Twitter LinkedIn Pinterest Reddit Telegram
Facebook Twitter LinkedIn Pinterest Reddit Telegram
Hello, fellow readers! If you want to get in touch with us and participate in our discussion boards, make sure you visit our Forums. We are more than sure you will find something useful there! The forum is new, so be among the first ones to say Hello!
If you are a video game developer and you have a submission to make, you can mail us at team@futuregamereleases.com 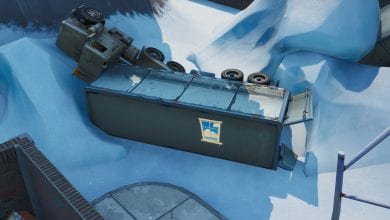