It’s me, your friendly banana, which in the end will try to eliminate you. Before we jump to that segment, let’s talk about how My Friend Pedro succeeds as a whole, and why it is fascinating to play it. And yes, no matter how twisted you would believe this is, it is not a joke, as My Friend Pedro packs insane action (it could be your friend too), escorted with a good slice of fun.

Based on Adobe Flash game first released back in 2014, it is quite amazing to see My Friend Pedro unlocking new possibilities. Another reason why we’re doing this review as well.

First of all, My Friend Pedro is considered to be a chiller, a game in which you can express and empty your collection of daily frustrations. Simple as that. Guided by a pesky banana, once settled in the world of My Friend Pedro, you would love to come back. Not once, but multiple times. After the first finish on the very least difficulty, which is normal, the game infuses some addiction and creates a need to elevate the stake.

Why? The answer to that is simple, as the grades at the end of each run will surely induce curiosity of where and when you fail. How much faster you need to accomplish the routes to get the perfect grade? S, for superior, you say?

All of these little game mechanics have their reasoning why most of the reviewers have put the game on a large scale. Yes, and it shouldn’t be devastating at all. My Friend Pedro has whatever it takes to top any other game of a similar caliber, or even higher.

Ever since Digital Devolver’s presentation at E3 and the discovery of My Friend Pedro, we believed it would come down to this, where we’re talking about how a small game has served its justice in the eyes of the fans. Not everyone requires a considerable amount of content to satisfy his gaming necessities.

Whether is that over a cup of coffee or a session of a full and sweaty tryhard run on the hardest difficulty, this game sucks you back to it.

The only unfortunate constituent is the lack of content

For a 2D fast-paced game in which you contribute towards cleansing the city of the influentially bad people, it worths a try. However, the only problem is the lack of content. The one issue that the game faces is precisely that. You will be able to complete the whole game in 2-3 hours, depends on your skill and difficulty, of course.

Before you tap yourself on the shoulder, do not forget that you need to start afresh on a harder difficulty.

Oh yeah, everyone’s most favorite part. Well, unlike other video games, in My Friend Pedro, you can pretty much do… jumpflip360spinsshootbangbangbangdodgeincomingbullets and more. I had to type it like that. Otherwise, it wouldn’t have had a strong impact. That’s how impressed we are.

I mean, for a “shoot ’em up video game,” it has everything you need to feel accomplished. Since the getgo, or more precisely after acquiring the second pistol, you feel somewhat peculiar. You already know what your possibilities are and how to execute every consecutive encounter.

Throughout the gameplay, not only you’ll have to exterminate corrupt factions, but also outcome some puzzles. The puzzles demand possession of a great set of reactions and skill,s too — one of the reasons why you’ll feel blessed once you put them behind.

With game mechanics distinct than most of these sorts of shooters, My Friend Pedro is a give-it-a-go. Do not hesitate at all. If you can afford other game titles that are not worth the money, this one is.

My Friend Pedro will serve as a substantial addition to the SpeedRunners too. I am looking forward to seeing how people break new records on it.

Hopefully, we’ll notice a DLC pack very soon, as it will be a win-win for both the gamers and developers. Great Job, DeadToast, and Devolver Digital! 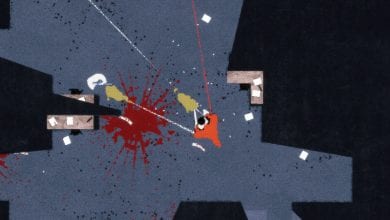