Trainers, Armored Mewtwo will be taking over Raids for a limited time this month and now it’s the perfect time to learn which Pokemon we should use against the Psychic Type Legendary Pokemon, what are the best moves and more.

Armored Mewtwo will be taking over Raids at the end of the month, starting from February 25 until March 2, as part of the Pokemon Go Day event.

Giovanni found Mewtwo and convinced it to help with Team Rocket’s goal of controlling the world. Mewtwo’s power was focused as well as restrained by a robotic suit of armor as it performed tasks, such as battling for Giovanni in the Viridian Gym and helping Team Rocket capture Pokémon. At one point, Giovanni, after temporarily (at the time) abdicating the Viridian Gym to Jessie James and Meowth, utilized Mewtwo for what was presumably a very serious matter. Mewtwo eventually became tired of being used by Giovanni. It developed a strong hatred for humans and felt that they were weak and selfish beings who were only interested in power and wealth; it also despised the Pokémon who served humans. Mewtwo escaped from Giovanni, destroying Team Rocket headquarters in the process (something that the Team Rocket trio witnessed, ironically around the time they themselves considered defecting from Team Rocket), and relocated to its birthplace on New Island and built a castle there.

Now, let’s see some of the most important key features!

Armored Mewtwo is the normal Mewtwo, with a robotic suit of armor and has the same stats as the normal version of Mewtwo. It’s a Psychic-Type Legendary Pokemon weak to Bug, Dark, and Ghost Type Pokemon.

With that being said, let’s see the list of best counters, moves included: 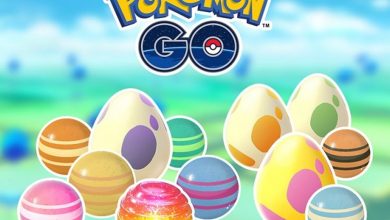 Pokemon RPG Game on Switch Details Coming this Month, Two Versions are in the ‘Game’