Due to the Covid-19 outbreak, we’ve seen many events across the globe being canceled. Some of them have found a way to preserve their meaning in a digital format. As of today, thanks to EA’s announcement, EA Play Live 2020 is also confirmed to take the digital approach and will begin on June 11. The event is estimated to showcase world premieres and news and more! But, what kind of “more” are we talking about?

Everyone’s excited about another Star Wars discovery, while sports fans shouldn’t feel left behind and get their fair share of excitement. We also would love to point out that EA Games has confirmed the next Battlefield V update to be its last, so there’s that too. Combined, we may see a number of games, including a talk about a new Battlefield series.

Below you can find the confirmation of the EA Play Live event, which is scheduled for June 11 at 4 PM PST.

Now, back to the roots of probably the biggest failure in EA’s rows. Anthem, the game that was set to define new heights, did not weigh as first expected. In the past couple of months, we’ve listened about Anthem Remake, a complete overhaul that would change that. Anthem came out short, and it’s become a failure which led to a massive, one of a kind disappointment.

So, is there going to be any Anthem Next or Anthem 2.0, and whether or not its contents will align the original game, it’s questionable. More than sure, EA Play Live 2020 is more than expected to bring a confirmation about the game, and its current and future state. Maybe it will turn out to be left in the dark, destroying BioWare’s reputation even more.

Hello, fellow readers! If you want to get in touch with us and participate in our discussion boards, make sure you visit our Forums. We are more than sure you will find something useful there! The forum is new, so be among the first ones to say Hello!
Tags
EA Play Live 2020 Electronic Arts 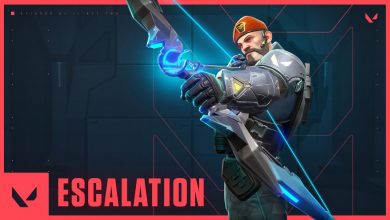