When the codes are in the “right place,” Pokemon Go is a magical world. It seems like every update that comes to the game, brings new bugs, issues, and many other problems.

The game can sometimes crash, freeze, or even have some text problems that do require fixing. There has been an instance where an update is being released and after installing it, the app crashes over and over. Sometimes a restart of the app or even rebooting your phone can help.

A Reddit user, BossHogGA said that this is the first time for the app to be this unstable. He also said that this month only, the app crashed more than 50 times on iOS.

He decided to share a screenshot from Xcode, which shows that there are a lot of problems in the app. 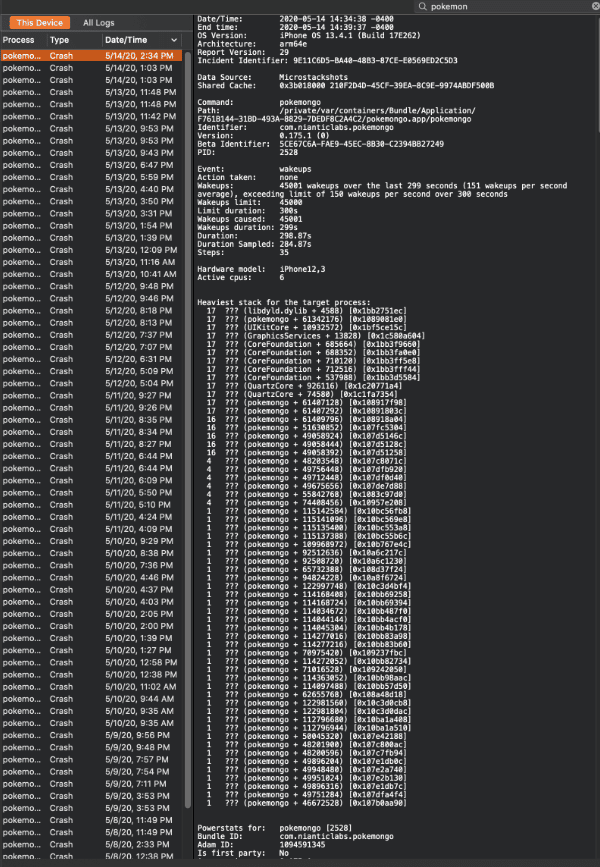 According to other reports, the reason why the app crashes constantly is because of the Adventure Sync. Our advice is to turn this feature off. This is just temporary, but we hope that Niantic will fix this problem as soon as possible.

Do you have the same problem and how often do you encounter some kind of a problem in the app?