On May 18, 2020, the Pokemon Go Twitter account announced that changes are coming to the Community Day voting system. The two Pokemon that receive the most votes will be featured during the next Community Day events. Players got a chance to vote for Squirtle, Weedle, Sandshrew, and Gastly. They ended up getting Weedle in June and Gastly as runner-up in July.

When the voting went live, the official Cyberpunk 2077 Twitter account tweeted: “Vote for Weedlepunk.” One fan replied that they should do a collab with Pokemon Go, but Cyberpunk 2077 laughed and mocked Pokemon Go saying: “Are you saying our game is going to crash a lot?” Funny, right? 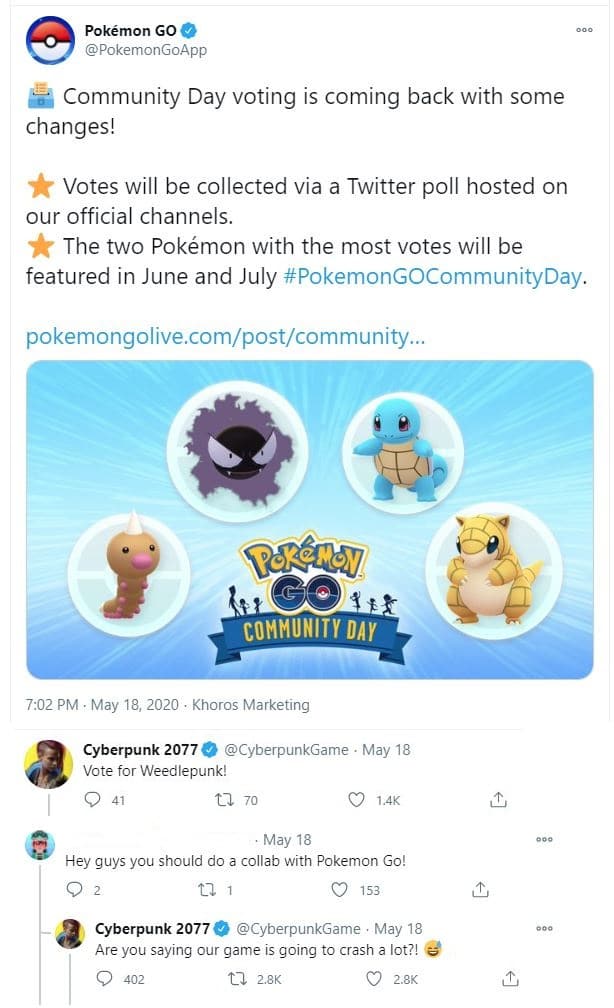 Well, I got one thing to say, while Pokemon Go enjoy the stable and inflated stock price, CDPR and Cyberpunk 2077 struggle to fix the bugs, crashes, poor graphics. That’s karma at its finest.

Path of Exile's Expansion 3.13.0 reveal and release date both set for January