BioWare’s interstellar title is on its way to the gaming scene. BioWare has recently announced that a brand new N7 day is on the rise, thanks to the new Mass Effect: Legendary Edition. The upcoming Mass Effect game had a designated release date for 2021, Xbox One, PlayStation 4, and PC platforms, with compatibility for Xbox Series X and PlayStation 5. Finally, the game has received its official release date, and that is May 14, 2021.

The updated trilogy launches May 14 on PlayStation®4 and Xbox One with compatibility and targeted enhancements on Xbox Series X|S and PlayStation®5, as well as on PC via Origin and Steam.

Relive the legend of Commander Shepard in the highly acclaimed Mass Effect trilogy with the Mass Effect™ Legendary Edition.

Includes single-player base content and over 40 DLC from Mass Effect, Mass Effect 2, and Mass Effect 3 games, including promo weapons, armors, and packs – remastered and optimized for 4K Ultra HD.

The updated trilogy launches May 14 on PlayStation®4 and Xbox One with forward compatibility and targeted enhancements on Xbox Series X|S and PlayStation®5, as well as on PC via Origin and Steam.

Mass Effect Legendary Edition will consist of the single-player content and DLC from Mass Effect, Mass Effect 2, and Mass Effect 3. Promo codes, weapons, armors, and packs. The following packs will be included:

Hello, fellow readers! If you want to get in touch with us and participate in our discussion boards, make sure you visit our Forums. We are more than sure you will find something useful there! The forum is new, so be among the first ones to say Hello!
Tags
BioWare Electronic Arts Mass Effect: Legendary Edition 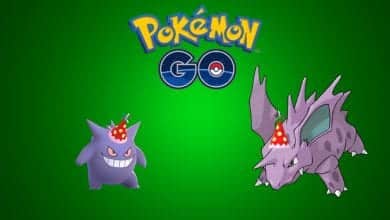